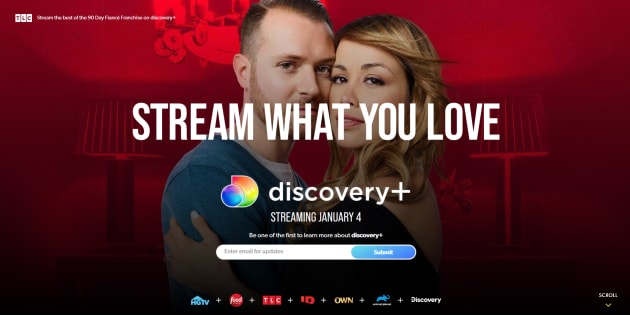 It is no secret to viewers or to fans that 90 Day Fiance has some issues that need to be fixed.


But those complicated, important topics are not the focus of some fans’ ire.


Instead, their gripe is with Discovery Plus, the new streaming service.


It hosts multiple 90 Day Fiance spinoffs as well as older issues. So why are some fans boycotting?


At first glance, Discovery Plus seems like a dream come true for 90 Day Fiance fans.


The show wasn’t a smash success from day one.


It took a couple of seasons before the series was universally known.


These days, 90 Day Fiance is the most-watched reality non-competition series on TV.


That may sound a little specific, and it is, but it covers most of what we think of as reality shows.


90 Day Fiance and its bajillion spinoffs is huge. And with Discovery Plus, they added even more content.


90 Day Bares All takes a different approach, taking advantage of the streaming platform’s not being on TV.


Bares All can air content that TLC never could — from NSFW discussions to, well, quite a few expletives.


Streaming gives new fans a way to watch older content that they didn’t catch when it aired.


The service also (and most vitally) opens the door to new viewers who, like a sizable chunk of Millennials, don’t have cable.


So it sounds like Discovery Plus is giving everyone what they want … right?


Wrong, according to a modest but vocal group of fans.


According to them, this streaming thing is a transparent grab for money … and a total ripoff.


A number of fans gripe that the very recent launch of Discovery Plus on January 4 has made the franchise worse, not better.


First of all, there was a lot of panicked confusion when the service was announced.


Somehow, some people got the impression that the entire franchise was leaving TLC.


These were mostly older fans who aren’t familiar with how streaming models work. But … were they accidentally right?


The only casualty seems to have been Pillow Talk, but fans miss it dearly.


And really, who in the world is going to watch the episode live and then tune in to streaming to watch a follow-up?


Some people, for sure, but only if they’re paying for cable and for Discovery Plus.


And that is the real crux of the issue for most fans with this particular bone to pick.


Who wants to pay for that and an overpriced cable package? Because that’s what you have to do in order to see it all.


Is the Discovery network of channels and content, including TLC and Discovery Plus, trying to scam people?


I mean … probably not, though they are a business.


The trick with streaming services, especially brand new ones, is that they often don’t have all of their content available at first.


Right now, people who want to stream newer episodes of 90 Day Fiance either have to buy them on Amazon Prime or watch them on Hulu.


Amazon Prime is sort of unique, since they often offer things for sale that are available elsewhere.


But Hulu likely means that they have a semi-exclusive license to air new episodes for the moment.


So as much as Discovery Plus would like to offer subscribers the total package to entice them, they can’t.


This has happened with a ton of streaming services, like Disney Plus and HBO Max, with months passing before they can air their own properties.


Licensing is no joke, but we’re sure that Discovery Plus hopes to lure even more subscribers by offering more content as soon as they are able.


As for this boycott … this isn’t a simple matter like pressuring the network to fire Geoffrey Paschel for being a monster and a criminal.


Yes, that effort worked. But this whole streaming service model can make a tremendous amount of money.


Discovery Plus isn’t going to drop it over a few fan complaints. And complaints will dwindle once more content can be streamed.

Grandmother Thinks She Caught A DEMON On Camera Hovering Over Granddaughter’s Crib – Look!