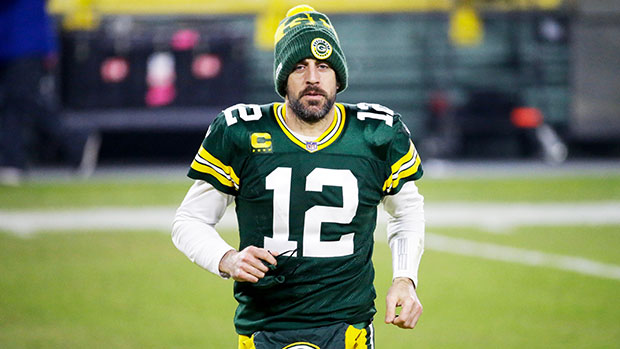 After Aaron Rodgers called Shailene Woodley ‘the best thing that’s happened to me,’ HL EXCLUSIVELY learned he’s doing everything to ‘protect his relationship’ from his notorious family feud.

Aaron Rodgers has been estranged from his family for years, and the drama has bled into his relationships with Olivia Munn and Danica Patrick. Now that Aaron, 37, is engaged to Shailene Woodley, 29, he’s not going to make the same mistake thrice, as it turns out. “Aaron is focusing on starting his own family with Shailene,” a source close to the Green Bay Packers quarterback tells HollywoodLife EXCLUSIVELY, “continuing his career in the NFL. And he is making sure that those take his full attention.”

“When it comes to his family — his parents and his brother — there has been a strain for years over so many reasons,” the source tells HollywoodLife. There has been drama over Aaron “feeling like his family is taking advantage of his success,” Aaron’s religious journey, and, as the source says, the family’s overall attitudes towards his past relationships. “[Aaron] wants to protect his relationship with Shailene, and bringing into it the drama of what he is going through with his family is not something he wants to do right now — or at all.”

Aaron “is well aware things could become better in the future but, as of right now, he is staying in his own lane,” adds the insider. Instead of worrying about his family schism and possibly negatively impacting his relationship with Shailene, Aaron is going to “appreciate what he has over what he doesn’t.”

Aaron has reportedly been on the outs with his family for years. There was some speculation that his then-relationship with Olivia Munn was the impetus for the estrangement. However, during a 2018 interview, Olivia revealed that Aaron and his family had been on the outs for months before she started dating the NFL star. While appearing on a 2020 episode of his Danica Patrick’s Pretty Intense podcast, Aaron said he’d experienced a “different type of spirituality” from that he experienced as a kid, per PEOPLE. “I don’t know how you can believe in a God who wants to condemn most of the planet to a fiery hell,” he said. “What type of loving, sensitive, omnipresent, omnipotent being wants to condemn his beautiful creation to a fiery hell at the end of all this?” The comments reportedly left his family feeling “dismayed.”

At the start of March 2021, Aaron conducted an Instagram Live session with  Zenith Watches CEO Julien Tornare. During the chat, he spoke about how happy he was with Shailene. “I’m recently engaged, so been enjoying that part of my life,” Aaron gushed, adding, “Obviously, that’s the best thing that’s happened to me in the last year.”

Will Harry and Meghan Split?

Maren Morris Celebrates Her Post-Baby Body In Lingerie Pic – Despite ‘Pressure’ To Just...