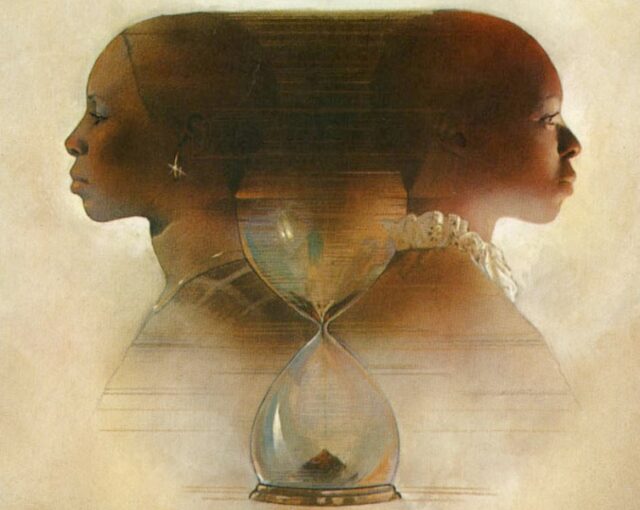 The story of Dana Franklin is headed to the small screen. According to The Hollywood Reporter, FX has ordered a pilot for “Kindred,” an adaptation of Octavia E. Butler’s seminal novel of the same name. First published in 1979, the book centers on a young Black woman who keeps being pulled back and forth between the present and the days of 19th century slavery.

Playwright and “Watchmen” consulting producer Branden Jacobs-Jenkins will write the FX Productions project. He will also exec produce alongside Courtney Lee-Mitchell, who acquired the rights to “Kindred” in 2008.

“FX’s take on ‘Kindred’ will center on Dana, a young Black woman and aspiring writer who has left her life of familial obligation and moved to Los Angeles. But before she can get settled into her new home, she finds herself being violently pulled back and forth in time to a 19th century plantation with which she and her family are most surprisingly and intimately linked,” the source details. “An interracial romance threads through her past and present, and the clock is ticking as she struggles to confront the secrets she never knew ran through her blood.”

“Since my first encounter with the novel nearly two decades ago, there have been few, if any, books and even fewer authors who have meant as much to me as ‘Kindred’ and Octavia Butler,” said Jacobs-Jenkins. “It has been the highlight and honor of my career thus far to try and finally bring this timeless story to life — and especially at FX, whose catalogue of bold, thought-provoking, and cutting-edge television has been an endless source of inspiration and delight.”

“The Octavia E. Butler Estate was thrilled and grateful to have placed ‘Kindred’ with Courtney Lee-Mitchell at the outset, who brought it to Branden Jacobs-Jenkins (a young writer who shares with Octavia the rare honor of being a MacArthur ‘Genius’ Award recipient),” the Octavia E. Butler Estate stated. “FX could not be a better or more enthusiastic partner, as evidenced by the brilliant creative team they are building, and the legendary slate of shows they have produced. We can’t wait to see this beloved work take its place among the stars in the FX universe.”

“Kindred” isn’t the only Butler work to receive the TV treatment. An adaptation of “Dawn,” which sees a Black woman working with aliens to save humanity from extinction, received a script-to-series commitment at Amazon. Victoria Mahoney is writing and directing, and will exec produce with Ava DuVernay.

Oscar winner Viola Davis, “Rafiki” filmmaker Wanuri Kahiu, and sci-fi novelist Nnedi Okorafor are also collaborating on an Amazon series based on “Wild Seed,” following two African immortals who travel from pre-Colonial West Africa to far into the future. Kahiu and Okorafor are writing and exec producing the project and the former will direct. Davis will also exec produce via her JuVee Productions.

Butler, who died in 2006, received both the Hugo and Nebula Awards for her contributions to science fiction. She won the MacArthur Fellowship in 1995, becoming the first science fiction writer to achieve the honor.

Jenna Dewan Opens Up About Her Divorce From Channing Tatum (Exclusive)

Joy-Anna Duggar Grosses Everyone Out: I’ve Been Wanting to Hook Up With My Husband...