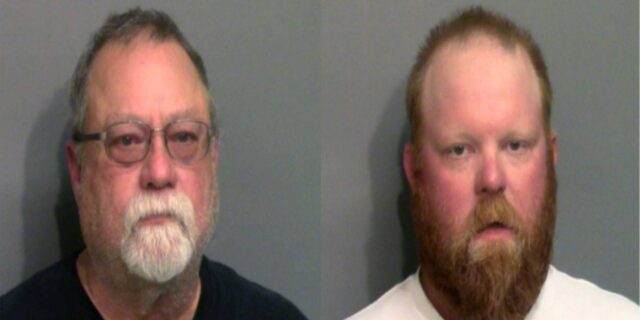 Jury selection begins Monday for the three Georgia men accused in the death of Ahmaud Arbery, more than a year and a half after he was shot dead while jogging through a neighborhood near his home.

Arbery’s mother, Wanda Cooper-Jones, has long maintained that her son was targeted and killed by the three men, who are white, because of his race.

“I do think that Ahmaud was murdered because he was Black,” she said in an interview with CBS This Morning. “He was jogging through a predominantly White neighborhood and he was targeted.”

Greg and Travis McMichael, a white father and son, allegedly armed themselves and pursued Arbery, 25, in a pickup truck after seeing him running in their neighborhood outside of Brunswick, Georgia on February 23, 2020.
Following behind, neighbor William “Roddie” Bryan recorded the incident, taking cellphone video of Travis McMichael shooting Arbery at close range with a shotgun. The pair said they believed Arbery was a burglar.

“Everyone that has watched the video simply says that Ahmaud was not doing anything wrong,” Cooper-Jones said.

When asked if she believes an impartial jury can be selected in the three men’s trial, Cooper-Jones admitted she is concerned.

“I have my concerns, being that the jurors will be picked from this community,” she said. “There has been lots of miscommunication in the beginning on what happened on that day, but I’m hopeful that we’ll get the right people in the right place to make the right decision.”

Immediately following the shooting, the McMichaels and Bryan remained free and were not charged until the Georgia Bureau of Investigation took over the case. In May 2020, all three were charged with murder and will face trial beginning Feb. 7, 2022.

Additionally, all three men have been indicted on federal hate crime and attempted kidnapping charges.

Cooper-Jones’ attorney Lee Merritt said the jury “should reflect the diversity of the Brunswick community near where this crime happened.”

“Just because you’ve heard about this case, just because you’ve developed an opinion of the case, doesn’t mean that you can’t set that opinion aside and say, ‘I can be fair.’ And that’s the legal standard,” he said.

According to CBS News, jury selection could take more than two weeks as 1,000 people were summoned.

Katie Maloney Delves Into Divorce: This is Why I Had to Split from Tom...