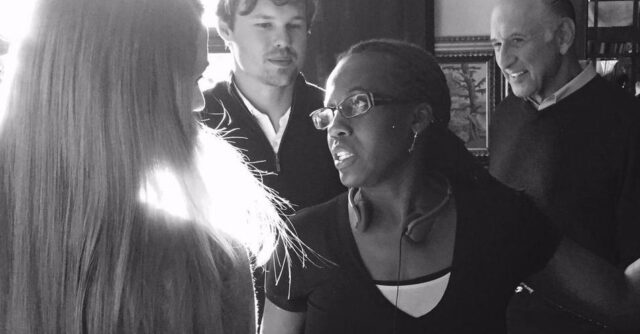 Time to buckle in. The Alliance of Women Directors (AWD) and AMC Networks are presenting High-Octane Episodic Directing Series, a five-part master class series exploring direction on action and thriller scripted television. According to Deadline, the program will feature directors, showrunners, and department heads from various AMC Networks shows. Crystal Holt, Director of Scripted Programming at AMC Networks, and Erica Robbins, Vice President of Production at AMC Studios, will moderate.

Using series such “Kevin Can F**K Himself,” “The Walking Dead,” and “The Terror” as case studies, the master class series will “demystify the production process behind ‘high-octane’ projects, sharpen the skills of the participating directors, and provide participants with applicable knowledge for their future works. The five-workshop series will be held monthly, and among other topics, will delve into working with actors and how to approach stunts and SFX.”

“Working in both development and production respectively, we are exposed to a wide range of extremely talented women. Bringing some of these women together in a space to inspire and advise future talent allows them to showcase the knowledge they’ve gained while helping to grow the pool of amazing female directors,” Holt and Robbins said. “We are excited for the opportunity to partner with AWD and hear what these women have to say.”

AWD exec director AnnaLea Arnold remarked, “AMC Networks has a long history of hiring talented women in front of and behind the camera to bring their iconic stories to fans across the globe. AWD is thrilled to partner with AMC on this new master class series to provide our members an opportunity to learn from these skilled speakers about the action and thriller genres.”

Open to AWD members, who can sign up on AWD’s website, High-Octane Episodic Directing Series kicks off this Sunday, March 21. Directors Hanelle Culpepper (“NOS4A2”) and Maggie Kiley (“Dirty John”), “Walking Dead” showrunner Angela Kang, and “The Terror” exec producer Jordan Sheehan will lead the first session, which will unpack how a director can maintain her own unique sensibility while staying true to a show’s overall vision.

NAACP Awards: Issa Rae on the FINAL Season of Insecure

Vanessa Hudgens SLAMMED On Twitter For Posting Fun Scotland Pics In The Middle Of...