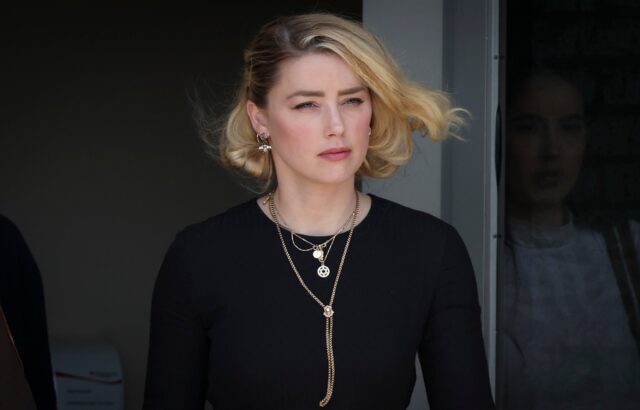 The trial captured the world’s attention with six weeks of shocking testimony in which both sides directed countless shocking allegations at the other.

In the end, Team Depp emerged victorious, with a seven person jury granting the actor $10.35 million in damages.

Heard filed a counter-claim and was awarded $2 million in compensatory damages, but obviously, that still leaves her with a sizable debt toward Depp.

Of course, there was always more at stake in this battle than mere money.

Both Depp and Heard were essentially fighting for their careers, with the knowledge that the loser might never work again in Hollywood.

Going into the trial, Depp claimed that he had not been offered a role in a major studio production in nearly five years.

In 2020, Depp was asked to step down from his role in the Fantastic Beasts franchise after he lost his defamation suit against UK tabloid The Sun.

As Depp’s second suit got underway, Heard was in a slightly better place career-wise, having recently wrapped production on Aquaman and The Lost Kingdom.

Now, however, her future in the franchise might be in question thanks to action taken by diehard Depp supporters.

As we first reported back in April, a petition to have Heard removed from Aquaman 2 has gained quite a lot of traction online.

At the time, the petition had received an astonishing 2 million signatures on Change.org.

In the wake of last month’s verdict, that figure has exploded to more than 4.5 million signatures, with organizers setting a new goal of gaining support from 6 million people who believe that Heard should be removed from the film on ethical grounds.

Amber has already completed her work on the movie and she’s been paid in full — but petitioners apparently want her to be digitally removed from the finished product.

Insiders have indicated that Warner Bros. is considering every option with regard to the film, which is set for release in March of 2023.

During the trial, witnesses for Depp testified that he helped Heard land her role as Mera in the Aquaman franchise, and that the studio considered going in a different direction after the first film due to an alleged “lack of chemistry” with star Jason Momoa.

Heard broke her silence on the trial this morning, when the Today show aired the first segment of an interview that was filmed last week.

“Even somebody who is sure I’m deserving of all this hate and vitriol, even if you think that I’m lying, you still couldn’t look me in the eye that you think on social media there’s been a fair representation,” she told Savannah Guthrie.

“You cannot tell me that you think that this has been fair.”

Heard went on to state that she believes that the jury was duped by Depp, but she says she doesn’t blame them for falling victim to his charm.

“They had sat in those seats and heard over three weeks of nonstop, relentless testimony from paid employees and towards the end of the trial, randos, as I say.

Over the weekend, a rumor that Heard has signed a lucrative book deal made the rounds on social media.

Heard has yet to respond to those reports, but it’s clear that she’s not finished telling her story.