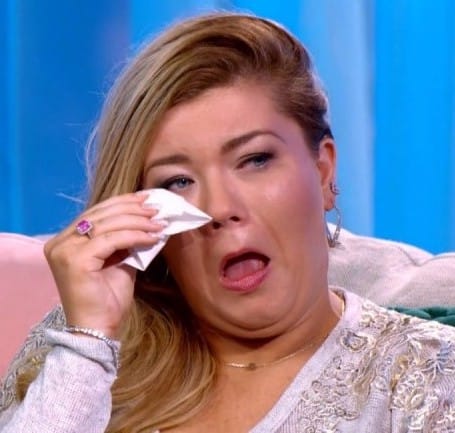 Amber Portwood has many, many problems.


And she freely admits that — so freely that she’s written a book set to be released in February titled “So, You’re Crazy Too?”


But while she’s been open for a long time about how much she struggles with her mental health, she’s not so quick to admit when she makes mistakes, even if those mistakes are huge and terrible.


It’s unfortunate, really, because she has such a big platform and could do so much to raise awareness about her specific mental illnesses, but instead she pretends to do that while making excuses and blaming other people for her truly deplorable actions.


So when we heard that she’s writing a book specifically about mental illness, it didn’t really sit well with us, you know?


And after seeing some comments from her co-author, a woman named Thea de Sousa, it seems pretty safe to say that we were right to be concerned.


Amber announced the book release, and after she did, Thea made a post about it on her own Instagram page, and some people had a lot of thoughts they felt the need to share with her.


One person commented “She’s an abuser. Literally tried attacking the father of her child with a machete while holding their baby. Why work with her?”


It’s a fair question — we all know the stories of Amber being abusive towards her romantic partners. Her penchant for domestic violence along with her parenting are the two things that earn her the most criticism, and rightfully so.


The machete incident, just to give a quick refresher, happened on July 4th, 2019, when Amber was still dating Andrew Glennon and they were raising their son James together.


They ran into some road work on the way to see fireworks and Amber got mad about it, and she took it out on Andrew. She beat him with a shoe when they got home (and she’s admitted to that part), and Andrew claimed that she also tried to overdose on one of her meds and also that she tried to break down a door with a machete while he was hiding from her with James (she’s always denied the machete stuff).


She was arrested and ultimately pleaded guilty to felony counts of domestic battery and intimidation. She was sentenced to five years of probation and Andrew was given custody of James.


A little while later, someone close to the situation leaked several audio recordings of Amber verbally abusing Andrew, telling him that she was going to kill him and even admitting to punching him in the nose once.


Interestingly enough, one of the recordings was made on the night of Amber’s arrest, and in that one Andrew could be heard asking her if she was taking out her machete, which she confirmed — you could also hear her hacking at the door with something.


Photos were also released of huge slash marks on a door in her home.


Just keep all of that in mind while we go over Thea’s reply to the comment questioning why she’d ever want to work with someone like Amber.


“You really shouldn’t believe everything you read in the press. There are two sides to every story and I was very honored to help her tell her story. She is one of the most misunderstood celebrities out there.”


“I promise you I would be the first to condemn anyone who actually did that,” she continued. “It didn’t happen.”


So … the marks in the door were from a flip flop? The noise made in that recording was the sound of a flip flop banging against the door?


It’s also worth mentioning that Andrew didn’t have “her son” out that late because James is his son as well, and they were out because Amber had been flying off the handle and beating Andrew with a shoe, which, again, Amber herself has admitted.


But ol’ Thea really had to double down on this nonsense.


“It was a shoe not a machete,” she insisted. “It was a flip flop with a small heel and the heel made tiny marks. I’ve spent the last year getting to know this girl and if I could tell you in detail the events of that night you would be shocked.”


“Any parent would have tried to knock that door down,” she said “He had her son. It was the middle of the night. He was not in a normal state of mind. She was not trying to hurt anyone she just wanted to put her son to bed.”


Again, he’s Andrew’s son too, and we’re supposed to believe that she was trying to knock down the door with a flip flop?


Thea admitted that Amber does have her issues, but “everyone has the story of that night wrong and it breaks my heart for her.”


She revealed that while she has joint legal custody of both of her children, she only sees James for a visit every other weekend because “it’s all she can handle because of her disorders” — this is a change from the original visitation schedule which gave Amber three unsupervised visits a week.


We’re not sure why she revealed this, but it’s definitely interesting, right?


Thea also claimed that Amber has been sober for five years now, something that Andrew (and many Teen Mom fans) clearly disagrees with, and that she’s trying her best.


“Nobody is perfect and she is far from it,” she wrote, “but you have her all wrong.”


Amber and Andrew are still battling for custody of James so she said that Amber can’t talk about a lot of this herself right now, “but if she could tell you the details of that night I think you might change your mind about her.”


Amber’s history of domestic violence and her incredibly short temper have been well-documented for years now. That along with those recordings and the photo of the door after Amber was done with it, and of course the fact that Amber pleaded guilty to her charges, really makes it seem like maybe Andrew’s story was pretty accurate.


But it feels like all of this is a decent preview for what the book is going to be like: excuse after excuse and vague denial of any major wrongdoing.


Are you going to read it? 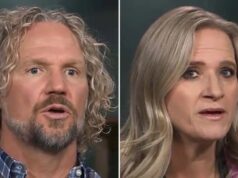 Under the Radar: “Women of My Billion” Examines India’s Long-Standing Gender-Based Social Injustices

Jenna Dewan Opens Up About Her Divorce From Channing Tatum (Exclusive)

Denise Richards: Could She Actually Return to The Real Housewives of Beverly Hills?