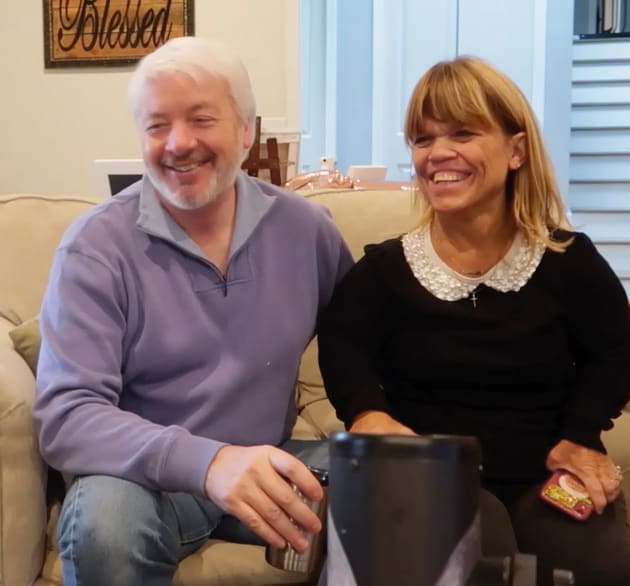 Amy Roloff has found the man of her dreams.


But might planning for her second marriage be the stuff of nightmares for this mother of four?


On Tuesday night’s brand new episode of Little People, Big World, all eyes were on Amy, her fiance Chris Marek and the question of just where the eyes of their loved ones would be located in a couple months.


Which is to say the followiing:


Will Amy and Chris really get married on Roloff Farms?


“August 28 it is,” Amy said on this latest installment, confirming her upcoming wedding date once and for all, while teasing Marek that everything is now “set in stone.”


Roloff had previously hinted on Instagram that this would be the date of her nuptials.


Although she and Chris haven’t solidified (to the public, at least) the aforementioned family property as their final selection, they told Amy’s ex-husband on this episode to keep August 28 open.


Matt Roloff is now the sole owner of the farm and Amy wanted to make sure it remained an option for as long as possible.


Even if it’s not her ideal location.


“Because Roloff Farms is very much our plan B, I wanted to make sure that Matt wasn’t doing anything on that date or had planned something else happening on the farm,” Amy told the TLC cameras.


“So I wanted to let him know as soon as possible that, ‘Whatever you’re planning, don’t plan it for that weekend.'”


Amy said this, but Marek admitted this week that he’d love to get married where daughter Molly got married in 2017:


Chris seemed very open to this idea when Matt and Caryn Chandler first brought it up earlier in the season.


Amy still needs some convincing, though.


She only recently moved off the farm after spending decades as an owner and a resident.


It represents her past, not her future.


“I’m glad Matt offered it ’cause it is a beautiful setting. He said, ‘There’s no rules, no anything,’ ” said Amy, who got engaged to Chris in September 2019.


“But there is that uncertainty where even though he said that, and I want to do something, and he’s like, ‘Well no, that’s not gonna happen, Amy. I don’t want that here.’


“Whatever. Probably be a little awkward, a little stressful.”


Planning your wedding while having to take your ex-husband’s feelings and business interests into consideratiion is most definitely awkward and stressful.


In April 2020, meanwhile, Amy and Chris said that Matt and Caryn would both be invited to their special day – but that there was no “obligation” for them to attend.


Chandler, for her part, didn’t sound too psyched about the prospect.


“It’s not like they’re not going to be invited,” Amy told Us Weekly back then.


“We kind of already have the impression that it’s not something that they’re interested in going to,” added Marek.


“They’re welcomed if they’d like to come. We don’t want anyone coming to our wedding out of obligation. The wedding is supposed to be about good friends and close family. And I like Matt.


“I get along with him fine and Caryn. But we’re not friends that hang out. We don’t do things together.


“They’re welcomed if they’d like to come, but I don’t want them to feel obligated.”


Summed up Amy at the time:


“He’s the father of my kids. I was married to him for a long time. He’s the grandfather of my grandkids and stuff.


“But like Chris said, and I would totally agree, I just don’t want to invite someone because we’re inviting them.”