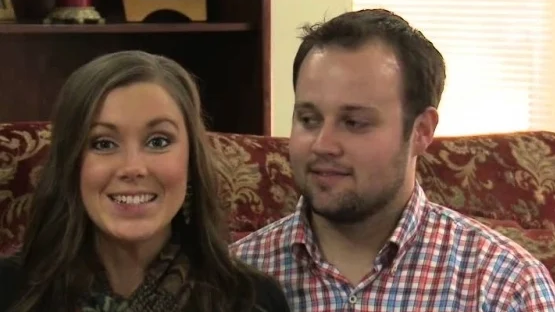 In her own eyes, Anna Duggar is happily married these days.

She has not said much to the public in recent years, but she said that much loud and clear.

Her husband is a disgusting monster. Josh was all of that and more long before he downloaded CSAM, and the world knew it.

What exactly is going on in Anna’s mind? A childhood friend of hers has offered some insight.

The world at large already knows the sad tale of how these two cult members first met.

Anna and Josh first met on a grim day in 2006, at a homeschooling conference.

After a courtship and even after Anna learned some glimmer of his crimes against his sister, the two married two years later.

Josh is the eldest of Jim Bob and Michelle’s children.

It is likely safe to say that few if any of the Duggars found themselves under greater parental scrutiny than these two during their courtship.

Yes, obsessive policing is a key component of the cult’s courting process. But as many eldest siblings know, they often face the most restrictions.

A Reddit user with a throwaway account recently took to a Duggar forum to discuss their childhood friendship with Anna.

Though anyone could conceivably make such a claim, the community clearly came to believe that the redditor was authentic.

And the post and comments — where the OP answered questions — were pretty illuminating.

“They had a ‘courtship’ if you define courtship as two families having back-and-forth negotiations,” the redditor wrote.

OP continued: “without the actual input of the girl involved.”

The Reddit user clarified: “There was no wooing but several weeks of phone calls with sibling chaperones on another line.”

“Their family wasn’t allowed to court before 20,” the redditor shared of the previous Duggar policies.

“But the goal was to be engaged at 20 immediately,” they clarified.

“So,” the Reddit user noted, “they had everything prearranged.”

The plan was “so that at midnight when she turned 20 they could be courting.”

This was “while he drove to Florida to propose.”

Given the borderline House of the Dragon style of arranging the marriage, Anna allegedly did not expect the proposal at all.

According to the Reddit user’s description of this youthful friendship with Anna, Josh “surprised” her.

“I think she expected to have to be engaged ASAP,” OP noted.

“But,” the redditor continued, “was in genuine shock he was there in person.”

Snarkily, the Reddit user quipped: “Or maybe she was just head over heels at a man proposing with balloons.”

“I highly doubt they regret it,” OP then answered in the comments.

They explained: “There’s always a way to spin anything and now they’re even more famous in the Quiverfull circles.”

Anna has refused to divorce Josh, has blamed everyone from his parents to President Biden for his arrest. In court documents, she seems to believe that he is innocent.

But is that how she really feels? Will she really remain by him indefinitely?

“Unfortunately, yes,” the Reddit user speculated, noting that Anna’s own relatives had tried to help her leave him years ago. To no avail. Leaving a cult is no easy thing.

Usman Umar Breaks the News to Kimberly Menzies: You’ll Have to Be Wife #2!