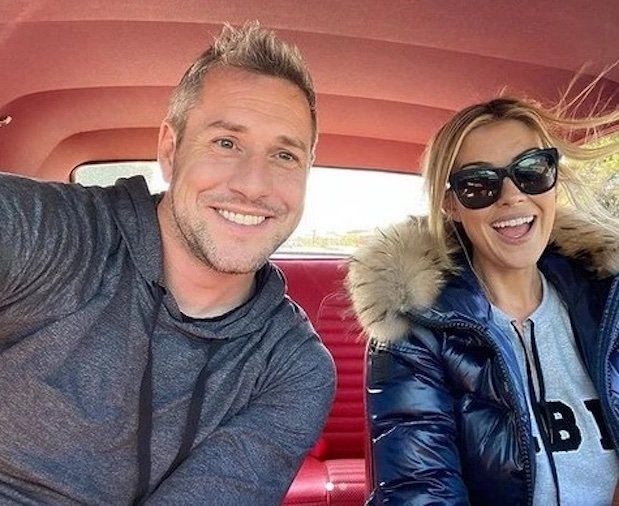 The television personalities ended their marriage in September 2020 after just under two years as husband and wife, seemingly doing so at the time in amicable fashion.

Late this past spring, however, Anstead filed for custody of the infant son he shares with the former Flip or Flop co-host, Hudson, stating in legal documents that Haack has spent an average of “9 full days each month” with Hudson over the last 20 months.

In these same documents Anstead detailed other ways in which he believes Christina to be an irresponsible parent.

For example, Anstead claimed a few months ago that Christina once dropped Hudson off at his house — and didn’t tell her ex that the child had tested positive for COVID-19.

In response to these allegations, Christina released a public statement in May that reads as follows:

“What Ant is doing deeply saddens me,” Haack said back then.

“If this was really about Hudson, as he says, this should have been handled privately with a private judge or mediation, as myself and my attorney have suggested.

“I have had my share of ups and downs but I am a good mom and I love my children with all my heart and I will always protect them.”

Also at that time, Anstead requested that his ex-spouse keep their son off of social media and off of television.

On September 26, meanwhile, Anstead filed a court declaration in which he explicitly stated his reason for making the above request.

“The risks for a child working on a television production set (even if that ‘set’ is Christina’s home) are innumerable and well documented,” he detailed in the paperwork, referring to his ex-wife’s upcoming reality series.

“Putting aside the obvious pressures of working within a TV production environment, children involved in television production often have lingering issues that affect their welfare, worldview, and self-image, leaving them diminished and dependent upon the perceived approval of others for their self-worth.”

“It is my goal to ensure that Hudson is allowed a childhood that is joyful, healthy, and natural, with as few stresses as possible, and this should be prioritized above creating commercial opportunity and content.”

Anstead did note in these documents that he hopes the failed couple can work out certain issues “without the need for court” intervention.

However, one significant “unresolved issue” for him is their son’s involvement in reality television.

“One of my many fears of Hudson being forced to film reality TV is the possibility that public ridicule over seemingly benign content becomes insurmountably humiliating,” Anstead continued.

He then actually cited Kailia Posey‘s May death as an example.

“I urge the courts to review the recent and tragic case of Kailia Posey and a defining embarrassing meme.”

(Posey previously appeared on Toddlers & Tiaras before her death by suicide at age 16.)

In her own legal filing shortly after Anstead expressed the worries outlined previously, Haack wrote the following:

“I have read the Supplemental Declaration of Anthony ‘Ant’ Anstead and was shocked to see that Ant is continuing to make false allegations against me.

“”The allegation that I am ‘exploiting’ our son is truly offensive and simply untrue.

After seeing what Ant has written in his Supplemental Declaration it is clear that his motivation is not Hudson’s best interest.”

Christina proceeded to strongly deny her ex-husband’s allegations about her relationship with the toddler.

“I have never exploited our son Hudson,” she wrote.

“He appeared in a few of my own Instagram ads that each took less than 5 minutes to film. I have all the footage and they were all fun activities that he enjoyed doing, such as a playing with toys or making cookies.

“These were organic moments in Hudson’s eyes.

“Nothing was forced and they were filmed with a cell phone, not a production team.”

Elsewhere, the HGTV accused her ex of filing his latest declaration “solely for the purpose of making these inflammatory statements” about her, alleging that she wanted to handle the custody situation with “private mediation and private judging” rather than in court.

“Ant instead chose to tarnish my good name with knowingly false allegations,” she claimed.

“It was not until I proved his allegations false that he agree to privately mediate the matter.”

New Docuseries Examines How Princess Diana Predicted Her Fatal Car Crash – And Why...