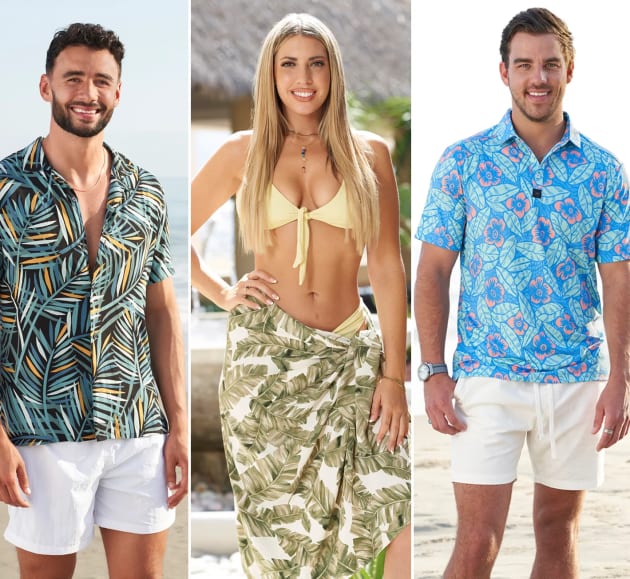 Hold on to your proverbial horses.


Put earmuffs, and maybe even blindfolds, on your kids.


And get ready, ABC viewers.


Because, according to a brand new set of spoilers, Bachelor in Paradise Season 7 is about to get absolutely bonkers.


After having to cancel last summer’s edition of this sex and alcohol-themed reality show (due to the coronavirus outbreak), producers first revealed the brand new Bachelor in Paradise cast last week.


And now we can reveal that these familiar faces (from past Bachelor and Bachelorette seasons) are set to make up for lost time.


“Since they couldn’t do a season last year, they’re combining Peter Weber’s season, Clare Crawley and Tayshia Adams’ season and also Matt James’ season,” explains an insider to The Sun of why there are 33 (!!!!) contestants heading to Paradise,


“There were a lot of options and turnover.


By the end, they had like 37 or 38 different people come and go or on standby.”


We’ll start here: Grocery Store owner Joe Amabile got down on one knee toward the end of filmiing to propose to Serena Pitt from Matt’s season.


According to the informant, the pair are still happily together, as they were recently seen cuddling up at a Chicago swimming pool.


Which other aspiring spouses saw their romantic dream come true?


Maurissa Gunn — from Peter’s season — reportedly got engaged to Riley Christian from Clare and Tayshia’s season, although we don’t have any details on exactly what transpired between these lovers.


Finally, Mari Pepin – who was sent home early by James on The Bachelor – said yes to Kenny Braasch, the boyband manager from the most recent, completed season of The Bachelorette.


Not all contestant went home happy, however.


Kendall Long had a challenging time watching her ex, Amabile, fall for someone new.


“It was awkward at first when she [got] there and the show will emphasize them both being there because they were a fan-favorite couple,” reports The Sun, adding:


“They do not get back together at any point in Paradise… she broke down a few times.


“She ends up trying to date others, but ultimately left the show single. I’m sure at the reunion it will be very hard for her to see Joe and Serena together.”


Elsewhere this summer, look for Victoria Larson to have, well, a different look.


The Florida native, who dubbed herself a “queen” on James’ season and who garnered backlash for all her bullying, her dyed her dark brown locks a lighter shade of blonde.


Has she gone under the knife?


Comparing the promotional photo below to her last appearance on the TV franchise, some observers thinnk she looks like “an entirely different person” who may have even “got work done.”


Are you ready for things to get sloppy and sexy?

Pick of the Day: “Writing with Fire”