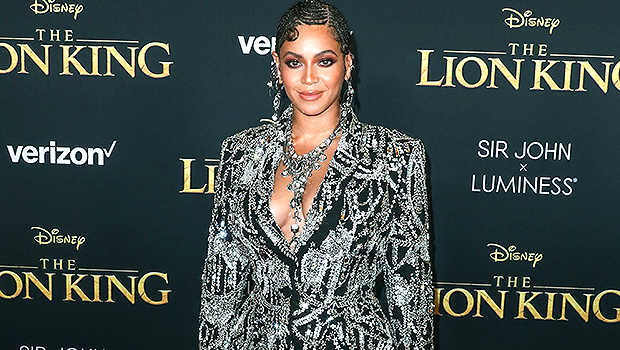 Beyonce‘s youngest daughter Rumi Carter, 5, has inherited her stylish superstar mom’s love for fashion, according to her grandmother. “Rumi loves fashion. She picks out her own clothes,” Tina Knowles, 68, told Oprah Daily.  “We recently went to Disneyland, and she put on her Mickey Mouse shorts. Then she wanted to put on a sparkly printed top that had the same colors. It actually looked really cute. She’s 5.  I was impressed.”

“She also said, Mickey Mouse is going to be so excited. He’s going to come up and take a picture with me.’ She’s so funny,” Tina told the outlet while promoting Beyonce’s Ivy Park clothes collection. “And do you know, Mickey came up and took a picture with her. She reminds me so much of Solange when she was little,” Tina said, referring to Beyonce’s younger sister Solange Knowles, 36.

“She wore outrageous stuff, but she has an amazing sense of style. So you let them do their own thing. You can’t say, No, this doesn’t go with this or that.’” But it is not just Rumi that has developed a keen sense of style. Tina told the outlet that all of Beyonce’s children, including Rumi’s twin brother Sir Carter and her oldest daughter, Blue Ivy, 10, are all couture conscious!

“Well, they are little fashionistas, and they have definite determination about what they like and what they don’t like. When Beyoncé’s doing the first samples, they get them, and some things they love, and some things you can tell are not their favorite,” Tina said. “Kids like things that are comfortable. They don’t want anything that’s scratchy or too tight or high around the neck. So they absolutely give input on the brand. And they wear it—I mean, they are always in Ivy Park.”

Solange’s Son: Everything To Know About Her 17-Year-Old, Daniel