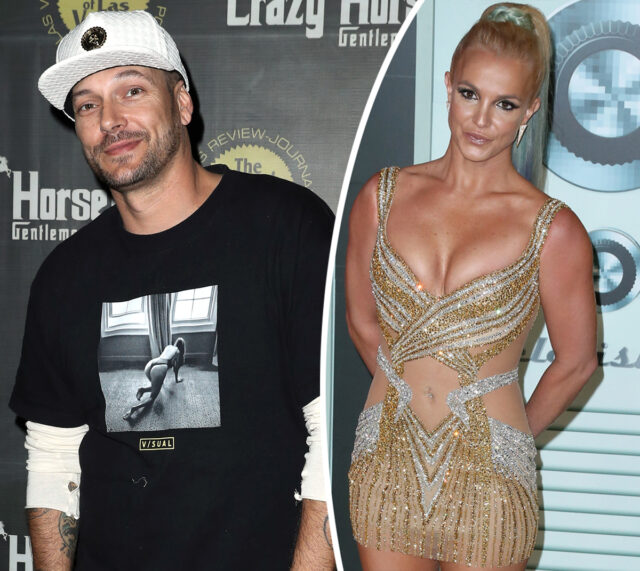 Kevin Federline is spilling the tea…

According to Dailymail.com, the 44-year-old is set to speak out for the first time in nearly a decade in an upcoming televised interview with ITV, tackling a wide range of topics, including his opinion on the Britney Spears’ controversial conservatorship and her rocky relationship with their sons Sean Preston and Jayden. In the sneak peak, K-Fed shockingly revealed that the two teenagers decided not to see the pop sensation anymore. In fact, he claimed that they have not seen their mother in months despite her moving to the Calabasas area to be closer to the boys! He shared:

“The boys have decided they are not seeing her right now. It’s been a few months since they’ve seen her. They made the decision not to go to her wedding.”

Related: Britney Slams Catholic Church For Not Letting Her Hold Wedding There

Without going into detail, the former backup dancer mentioned that there were allegedly some uncomfortable things that his son was witnessing in recent years from Britney during their visits, saying:

“There were a lot of things going on that I didn’t feel comfortable with. They tried to give her the benefit of the doubt, but at the same time, I can tell that sometimes, it hurts to be in that position. So, I made sure all my kids can come to me at any moment and discuss anything. The boys – all my kids – know that they come to me and to my wife and discuss anything. They’re teenagers right now. You know, we talk about sex, we talk about drugs, we talk about all the things that teenagers go through. I want my kids to make all the mistakes they possibly can in my house, because [that way], I can protect them.”

And since being released from the legal arrangement last November, the father explained that adjusting to post-conservatorship life has been ‘tough’ for their kids as they watch Britney embrace her newfound freedom on social media, especially with her nude pictures on Instagram:

“I try to explain to them, ‘Look, maybe that’s just another way she tries to express herself.’ But that doesn’t take away from the fact of what it does to them. It’s tough. I can’t imagine how it feels to be a teenager having to go to high school.”

While Kevin insisted Sean and Jayden love the singer very much, ultimately, he shared her conservatorship and court battles were “hard” for the boys to go through:

“This whole thing has been hard to watch, harder to live through, harder to watch my boys go through than anything else. It’s been tough. It’s the most challenging thing I’ve ever had to do in my life.”

No doubt we can expect some more details coming out from this bombshell interview soon. Reactions to Kevin’s claims, Perezcious readers? Let us know in the comments (below).