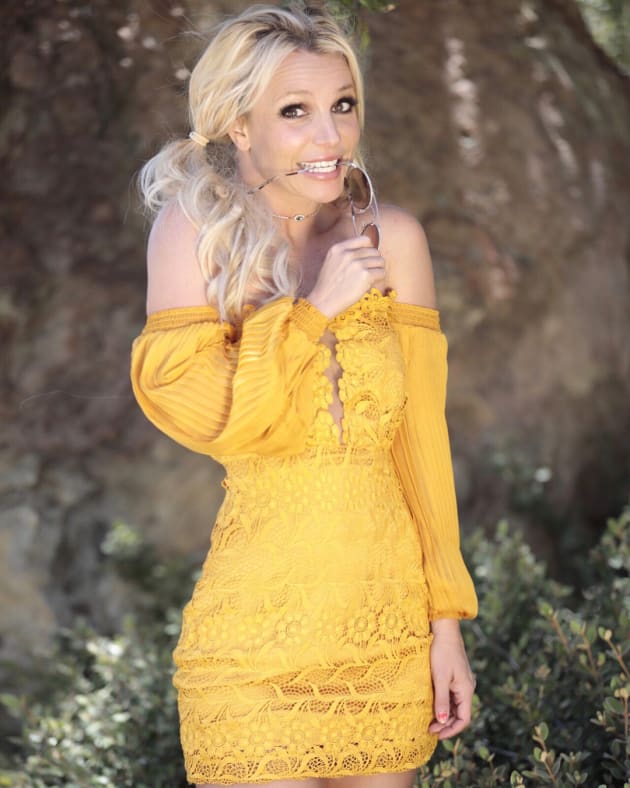 Britney Spears has had it.


The beloved pop star went through a very public breakdown all the way back in 2008, and she was placed under a conservatorship, essentially meaning that her father had complete control over her life.


Over the years, many people have expressed concern that maybe the arrangement was a little sketchy.


Especially when Britney began working again, recording albums and going on tours and doing a Las Vegas residency, it seemed like surely she’d be well enough to regain control over her own affairs.


But she hasn’t, and now, thirteen years later, her dad is still running her entire existence.


The Free Britney movement has been gaining momentum for a long time now, and with Britney herself in court trying to bring an end to the conservatorship, it’s the strongest it’s ever been.


When you hear the recordings of Britney telling a judge things about being forced to have an IUD and forced to take strong medications that altered her thinking, it’s not hard to be on her side.


A couple of days ago, she posted a lengthy message on Instagram, a message seemingly dedicated to her family who have all failed her.


It was extremely notable because she hasn’t been allowed to speak out in so long — many people think that she hasn’t even been the one posting on her page.


Then, last night, she had another pointed message to share.


The image she shared was a text post that read “Take me as I am or kiss my ass, eat sh-t, and step on legos.”


But her caption was where she got specific about her feelings.


“For those of you who choose to criticize my dancing videos,” she began, referencing the videos she shares of herself dancing in her home, “look I’m not gonna be performing on any stages anytime soon with my dad handling what I wear, say, do, or think!!!!”


“I’ve done that for the past 13 years … ” she continued. “I’d much rather share videos YES from my living room instead of onstage in Vegas where some people were so far gone they couldn’t even shake my hand and I ended up getting a contact high from weed all the time …”


“Which I didn’t mind but it would have been nice to be able to go to the mother f-cking spa!!!!”


She kept the rant going with “And no I’m not gonna put on heavy makeup and try try try on stage again and not be able to do the real deal with remixes of my songs for years and begging to put my new music in my show for MY fans … so I quit!!!!”


Next she referenced an old video from a 2017 awards show that’s been going around, one of her little sister, Jamie Lynn Spears, performing a medley of her songs while she sat in the audience and watched, looking pretty uncomfortable.


“I don’t like that my sister showed up at an awards show and performed MY SONGS to remixes!!!!!” she said. “My so-called support system hurt me deeply!!!!”


Her next heartbreaking statement was that “This conservatorship killed my dreams … so all I have is hope and hope is the only thing in this world that is very hard to kill … yet people still try!!!!”


In addition to not caring for Jamie Lynn’s performance, she said that she didn’t like how “the documentaries bring up humiliating moments from the past … I’m way past all that and have been for a long time!!!!”


Finally, “For women who say it’s weird the way I still have hope for fairy tales … go f-ck yourself!!!!”


“People try to kill hope because hope is one of the most vulnerable and fragile things there is!!! I’m gonna go read a mother f-cking fairy tale now!!!!”


She finished her message with “Psss if you don’t want to see my precious ass dancing in my living room or it’s not up to your standards … go read a f-cking book!!!!!”


It’s so wonderful to see her feeling so strong and standing up for herself like this, isn’t it?


And she’s getting nothing but support in return — she’s currently got over 100,000 comments on that post alone, and they seem to be full of love.


We can’t wait to hear what she has to say next!

Jenelle Evans: I Ignore My Kids, But Lord, My Body is So Friggen Hot!