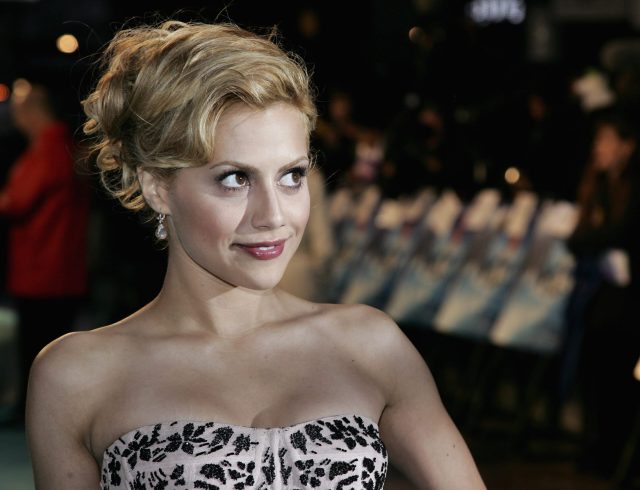 The recent death of Aaron Carter has led to renewed interest in the circumstances of other celebrities who found success at a young age, encountered hard times, and then passed away under mysterious circumstances.

One such ill-fated star was Brittany Murphy, the actress who made a name for herself with winning performances in films like Clueless and Girl, Interrupted before losing her life at the age of 32.

Despite multiple books and documentaries on the subject, fans still are not satisfied by the official explanation surrounding Murphy’s mysterious death.

Brittany would have turned 45 this week, and the bizarre circumstances of her passing remain fertile ground for conspiracy theories.

On December 20, 2009 LA firefighters responded to a “medical request” at the LA home that Murphy shared with husband Simon Monjack.

Murphy was transported to Cedars Sinai hospital, where she died two hours later after going into cardiac arrest.

The official cause of death was listed as pneumonia, with secondary factors of severe iron-deficiency anemia and multiple drug intoxication.

The drugs found in Murphy’s system were hydrocodone, acetaminophen, L-methamphetamine, and chlorpheniramine, all of which are legal and rarely result in fatal overdoses.

Throughout her career, Brittany denied persistent rumors that she suffered from addiction or an eating disorder.

“There have been so many rumors in the past couple years!” Murphy told Cosmopolitan in 2004.

“I’d rather not perpetuate something that isn’t true,” the actress continued, explaining:

“But no, I’ve never had an eating disorder. And I don’t do drugs. I have a glass of champagne now and then. I’m generally the person dancing at a party who everybody always thinks is the intoxicated one, but I’m really not.”

In a later interview, Murphy reiterated that she rarely drank alcohol, and denied reports that she was addicted to cocaine:

“No, just for the record I have never tried it in my entire life, I’ve never even seen it, and I don’t leave the house too much, except to go to work,” she told Jane magazine in 2005.

Speculation about Brittany’s private life increased again in 2007, when she married an unknown British writer and photographer named Simon Monjack.

“She wanted to marry him and I said, ‘Honey, it’s not been long enough,’” recalls Murphy’s friend and King of the Hill co-star Kathy Najimy.

“I think Sharon [Brittany’s mother] was for the marriage…We were all scared and freaked out, like, who was this guy and what was happening?”

Rather creepily, Simon recalled that Brittany was “too young to touch” when he first met her, adding, “To make a long story short, I was very patient.”

Regarding the rumors about why the pair married so after they started dating (Monjack’s US visa was reportedly on the verge of expiration), Brittany’s husband explained, “We never addressed it [publicly], and I’m not going to now.”

In one of her final interviews, Murphy was asked about her plans for the upcoming year:

“As far as having a New Year’s resolution, I’d love to have a child next year,” she shared.

“I’ve been very blessed to have a really great loving husband. I spend more time with my family than anyone else in the world.”

Deepening the mystery is the fact that Monjack died just five months later under similar circumstances.

His death was also attributed to an unusual combination of health problems, including pneumonia.

The timing has led to theories that the ill-fated husband and wife were living in a home that was infested with toxic mold.

But all these years later, fans still aren’t satisfied by any of the answers to the question of what killed Brittany Murphy.

And at this point, it seems unlikely that the mystery will ever be solved.

Under the Radar: The “Mind Your Uterus” Podcast Looks Beyond Stereotypes to Destigmatize Abortion