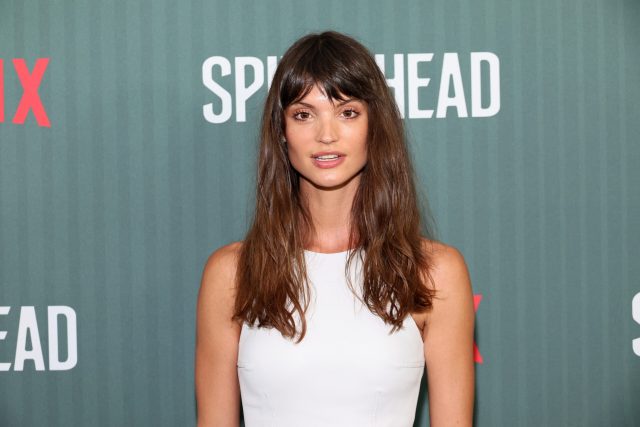 Hollywood has lost a rising star.

Charlbi Dean — a model and actress who stars in the upcoming film Triangle of Sadness, which won the Cannes Film Festival’s highest honor, the Palme d’Or, this year — passed away on Monday in New York City.

Dean’s representatives said on Tuesday that died from an unexpected illness.

Dean also had a recurring role as the assassin Syonide on the DC Comics television series Black Lightning, which aired on the CW from 2018 to 2021.

The South African-born actress was a frequent user of social media… with her final post uploaded several days ago.

Dean often posted a series of professional modeling pictures on Instagram, as well.

“Rest in Peace beautiful. You didn’t know me but you were my big role model. Thank you for inspiring me,” wrote one commenter after this sad news went viral.

Dean, who started modeling as a child and who made a number of appearances on fashion runways and magazine covers in the decades that followed, survived a near-fatal car crash in 2009.

In Triangle of Sadness (which is set for release in the U.S. on October 7), Dean portrays a model named Yaya.

She’s a rich guest invited for a luxury cruise on a super yacht, where things go very, very wrong.

The movie premiered at the Cannes Film Festival in May.

The actress acknowledged the film’s Cannes enormous win on Instagram earlier this year, writing at the time:

“Congratulations our family we did it!!! @ruben_ostlund you’re the GOAT I’m forever thankful for you for trusting me to be apart of your genius and my dear @sinaostlund.

“Can’t believe I had the best year making this during one of the hardest times in my life. Here’s some pics of the year in Sweden and Greece during the pandemic.

“Forever and always our @triangleofsadness family.”

The late 32-year old made her acting debut in the 2010 film Spud,” an adaptation of a popular South African novel about a boys’ boarding school starring Troye Sivan and John Cleese.

Wrote another fan upon learning Dead had died:

“Been following your career since I was a teen and would see you in the local South African fashion magazines. So sad to see you go so soon. Life sometimes doesn’t make sense.