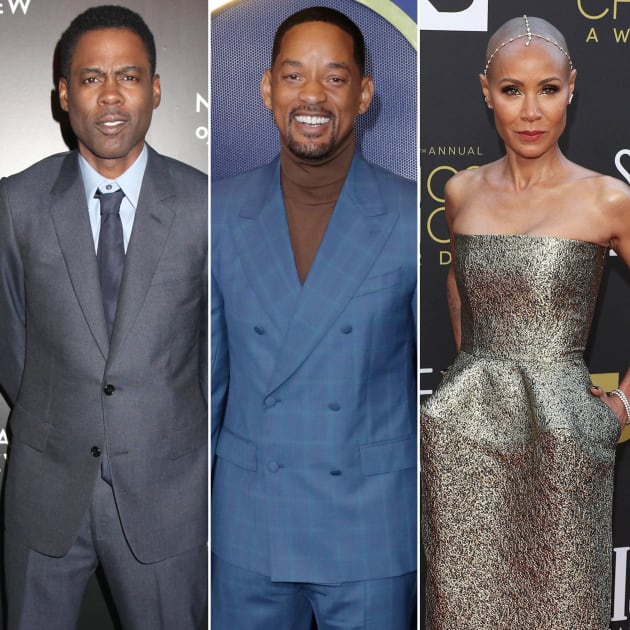 The dust is finally beginning to settle from The Slap Heard Round the World.


But the victim of Will Smith’s assault is still standing firm in the belief that he did nothing to deserve such treatment.


And it seems that Chris Rock has the public on his side.


The attack came in response to a joke in which Rock compared to the hairstyle of Will’s wife, Jada Pinkett Smith, to that of Demi Moore in the 1997 military drama GI Jane.


A crucial difference, of course, is that Moore shaved her head for the role, while Jada suffers from alopecia areata, the medical term for partial hair loss.


Rock was not aware of Jada’s condition when he made the joke, but it could certainly be argued that he should have erred on the side of caution.


Anyway, on Monday night, Will finally issued an apology to Chris for smacking him in the face in front of an audience of millions.


“Violence in all of its forms is poisonous and destructive. My behavior at last night’s Academy Awards was unacceptable and inexcusable,” Smith wrote on Instagram.


“Jokes at my expense are a part of the job, but a joke about Jada’s medical condition was too much for me to bear and I reacted emotionally.


“I would like to publicly apologize to you, Chris. I was out of line and I was wrong,” the actor continued.


“I am embarrassed and my actions were not indicative of the man I want to be. There is no place for violence in a world of love and kindness.


The statement came on the heels of Smith’s Oscar acceptance speech in which he described himself as a vessel of love —  40 minutes after he assaulted a comedian for making a joke.


Only in Hollywood, folks!


On Monday, Jada made a much more vague and succinct statement that seemed to sum up her feelings on the matter.


“This is a season for healing and I’m here for it,” she wrote on Instagram.


So we guess the Smiths have had their say.


But to the surprise of many, Rock has remained mum on the matter!


Many anticipated that Chris would have nothing to say to Will.


After all, it was only a few days ago that the guy smacked Chris in the face for making a joke, and any apology on Rock’s part might be taken as an admission of guilt.


But it’s somewhat surprising that Chris hasn’t had anything to say to Jada.


At the end of the day, she’s not the one who stormed the stage and assaulted him, even if her response to the joke may have played a role in Smith’s decision to go off the rails.


And Chris could have dealt out some world-class passive-aggressive shade by issuing an apology to Jada in which he pointedly made no mention of Will.


Thus far, there’s been no word yet on how Rock plans to eventually address this issue.


Maybe he’s saving all of his commentary for his next stand-up special!


Whatever the case, it seems clear that this story is far from over.