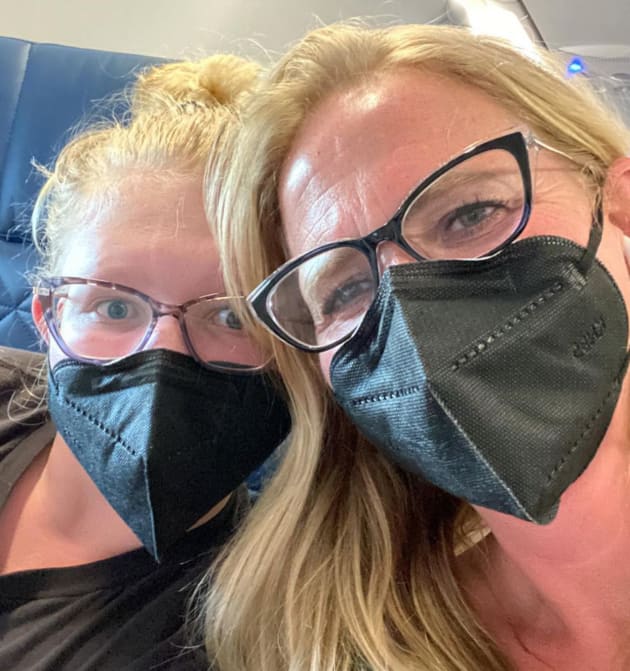 Christine Brown may no longer be a Sister Wife.


But she’ll forever be a mother.


In honor of this occasion, Christine uploaded a number of photos of her youngest child this week, writing as a caption to the montage:


It’s this cool kid, Truely’s birthday today! She’s 12 years old and just so amazing, creative, kind, brilliant and SO FUN to hang out with! #happybirthday #blessedmom.


Christine, as you very likely know by now, left Kody in early November.


“After more than 25 years together, Kody and I have grown apart and I have made the difficult decision to leave,” Christine wrote in an Instagram statement at the time.


“We will continue to be a strong presence in each other’s lives as we parent our beautiful children and support our wonderful family.”


Kody didn’t seem especially troubled by Christine’s decision back then.


In public, at least, he seemed unaware of Truely turning 12 years old a couple days ago.


The father of 18 hasn’t made any sort of social media statement to honor his daughter, which shouldn’t come as a major surprise to anyone familiar with the self-centered polygamist.


Remember when another one of the kids he shares with Christine, Ysabel, had to undergo back surgery about two years ago?


Remember where Christine was during this traumatic experience?


Right by Ysabel’s side, as evidenced by the photo immediately above.


Remember where Kody was during this traumatic experience?


NOT by Ysabel’s side. Not even in the same state or time zone as the teenager back when this went down.


Several months before the pair’s split made natiional headlines, Christine told Us Weekly that she had “never been a monogamous [person]” and enjoyed the freedom that plural marriage provided.


“It’s so out there and beyond my understanding to have a guy around every night,” she said in March 2021.


“I felt, like, it would cramp my style a lot because I’ve never had that as soon as Kody and I married. I was the third wife. And so, I really liked the independence that I have and I love the freedom that I have…


That was then, however.


Fast forward through a challenging year in which she and Kody clashed over the latter’s strict COVID-19 rules and regulations and in which Kody continually disrespected this spouse… and here we are.


Christine confirmed on Cameo shortly after moving back to Utah that her and Kody’s split “was a long time coming” while thanking fans for their support.


She also expressed no regrets — AT ALL — about her decision.


“It’s a phenomenal world,” she said in a Cameo last fall.


“And I just hope that Kody and I can still remain friends during all of this, because we’ve been still [really] communicating with each other and stuff.


“We have to just be good and amiable and things like that. I think it’s just important to remember that.”

Kartik Aaryan FAILS to get TICKETS for Bhool Bhulaiyaa 2 as the film is...