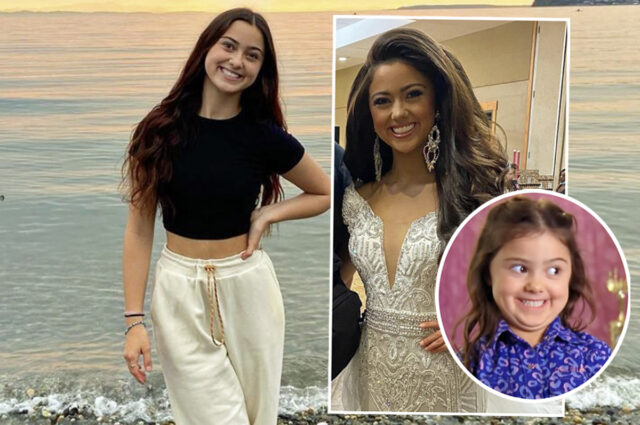 As the beauty pageant community mourns Kailia Posey, friends and family are opening up about the star’s final moments.

As Perezcious readers know, the Toddlers & Tiaras alum passed away at just 16 years old earlier this week. According to her family who spoke with TMZ on Tuesday, she died by suicide. Now a friend, whose name has been kept anonymous for privacy reasons, has reached out to Page Six to share a little more insight into Kailia’s mental health.

Speaking to the outlet on Wednesday, the friend revealed that those in Posey’s close circle knew she was “struggling” in the days leading up to her death, the confidant shared:

“We knew she was struggling with a few things, and we all did everything we could to encourage her and help.”

It is unclear exactly what Kailia’s struggles were, but she ultimately succumbed to them on Sunday when she passed away, according to her friend, who added:

“We didn’t know what was going on.”

Rather than remember Kailia for her tragic death, the insider praised the pageant star for being such a good “role model” and a “big name in a lot of different places.”

Believe Pageant Consulting, the reality TV alum’s pageant company, paid tribute to her in an emotional statement, as well, expressing:

“It is with great sadness to share that our client Kailia has passed away. She was such a ball of energy, her spirit was always high, and constantly had a smile on her face.”

They also sent their well-wishes to those mourning the devastating loss, concluding:

“We are praying for her family and already missing her dearly!

“I don’t have words or any thoughts. A beautiful baby girl is gone. Please give us privacy as we mourn the loss of Kailia. My baby forever.”

She followed up with a more detailed explanation on Tuesday, the family told TMZ:

“Although she was an accomplished teenager with a bright future ahead of her, unfortunately in one impetuous moment, she made the rash decision to end her earthly life.”

A representative for the Whatcom County Medical Examiner in Washington told Page Six that they are investigating the death, as is customary for any suicide case. A fundraiser has been set up in honor of the TLC personality. Those who wish to donate can do so HERE.

If you or someone you know is affected by any of the issues raised in this story, call the National Suicide Prevention Lifeline at 800-273-TALK (8255) or text Crisis Text Line at 741741.