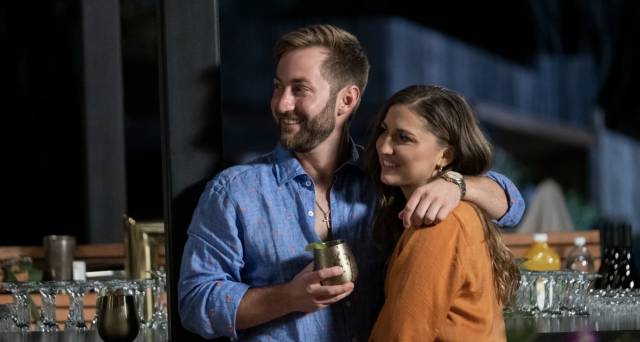 Colleen Reed had a difficult time in the pod stage of Love Is Blind Season 3.

And while many viewers seem to believe that her problems were self-created, others are convinced that the ballet dancer was a victim of bad luck.

Now usually, people who get engaged in the pods find their match early on.

But Colleen got rejected twice before finally hitting it off with Matt Bolton.

And if you’re more than a couple of episodes into LiB S3, then we probably don’t need to tell you that it’s not all smooth sailing for Matt and Colleen once they find each other.

In fact, Colleen has already taken to Instagram to apologize for her behavior and explain some of the couple’s rockiest moments.

“These most recent episodes have shown some of our toughest moments but also amazing memories that I’ll forever cherish,” the ballerina captioned a photo of her and Matt.

“The yacht date was unbelievable and meeting each other’s family and friends was very special,” she continued.

“We talked for hours about bringing each other into our ‘real world’ and when we eventually were able to do so, we realized quickly how much love and respect we have for each other. I’ll always love our story.”

And while she didn’t address it on Instagram, Colleen spoke about the elephant in the room during an interview with Women’s Health.

We’re talking, of course, about her flirtatious relationship with Cole Barnett.

Now, Colleen is almost as controversial as Cole, and the two of them probably would have made a good match.

But the fact is, Cole was engaged Zanab Jaffrey when the conversation above took place — which makes the whole thing a little inappropriate.

“I see now how being too nice can be inappropriate, and I’ve apologized immensely to Zanab and to Matt,” Reed explained.

“And I’ve grown a lot from that. And I apologize to this day that it was at Zanab and Matt’s expense.”

Ironically, Matt said that the incident actually led him to trust Colleen more!

“I kind of wish I could go back a little bit and not have run away so quickly, right after something like that it happened, because she did come to me and explain it all. I don’t think I handled it the best,” he said.

“I think it was just fine to be upset at the comment. But like I said, I wish I could have handled a little better.”

So does that mean these two wound up walking down the aisle together?

Well, unfortunately, Love Is Blind spoilers have been hard to come by this season, so we’ll have to wait until the November 9 season finale to find out if Matt and Colleen have what it takes.

This may sound crazy — but we’re rooting for ’em, dammit!