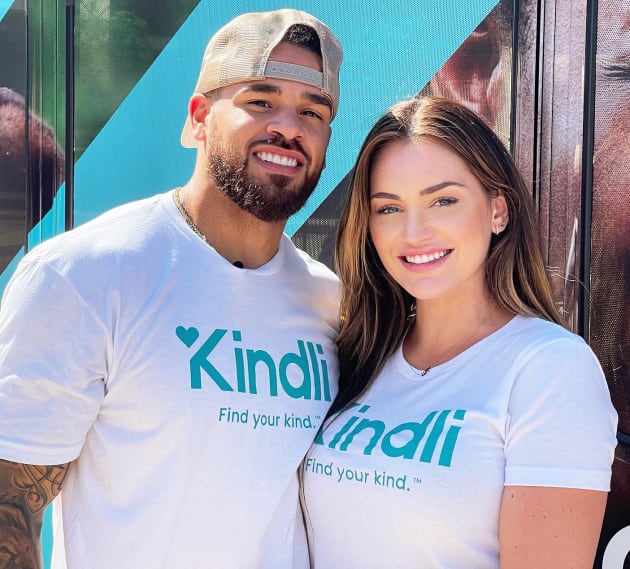 They’ve got another one on the way!


The Teen Mom and The Challenge star revealed in an Instagram post on Saturday that he’s expecting another child with girlfriend Taylor Selfridge.


Wharton and Selfridge are already parents to daughter Mila Mae, while Wharton is dad to daughter Ryder, who he shares with ex Cheyenne Floyd, a cast member on Teen Mom OG.


“We will welcome a new member to the family!” Cory captioned this a  family photo with Taylor and his kids Ryder and Mila on March 5.


“I couldn’t think of a better way to spend my 31st birthday. Each one of my kids have continued to push me into making me a better man, so I know you’re gonna do the same.


“Throughout the years the satisfaction I get from raising my two lil girls is unmatched.


“The joy that they bring me, the excitement is unmatched. I truthfully feel like God has put me in a position that I’m so lucky & blessed to be in.”


They both appeared this winter on Teen Mom: Family Vacation, and both got into it a few weeks ago with Farrah Abraham after she used the word “ghetto” in an argument with Wharton.


“As a kid, my dad wasn’t able to be around, and I feel like that’s why I try and give you girls EVERYTHING that I have,” Cory continued in his statement.


“I can’t wait to watch you grow with your sisters Ryder and Mila. I’m telling you right now, both those girls love you so much.”


Turing his attention to Selfridge — who also announced the exciting pregnancy news on her own social media page — Wharton paid tribute to his girlfriend with some lovely remarks.


“I don’t know too many people to put up with me for as long as you have,” he wrote alongside a laughing emoji.


“But no seriously, I love you bby & I can’t wait to start this adventure with you and continue to build this family up.


“I also wanna say thank you to my support system those ppl know who you are just know I love you all and I appreciate it everything you do for me.”


Wharton and Selfridge met during season 1 of MTV’s Ex on the Beach and dated briefly after the show concluded.


Despite breaking up at one point, Wharton previouslyy said the two never lost that special spark.


“Taylor and I never really stopped talking after Ex on the Beach,” he told People Magazine in April 2019.


“We’re going on almost a year and a half. We took about two to three months off and other than that, that’s who I’ve been with.”


Cory, I love you. I know everyone knows this but I know the best, you are really the most amazing father.


You always put a smile on my face when you’re with our girls & they love you so so much. I know this next one will be a new adventure for us but I know we can do anything together.


Happy birthday my love cheers to another beautiful child.

Ella Johnson: I Never Actually Cheated on Johnny! AND We’re Coming Back on Another...