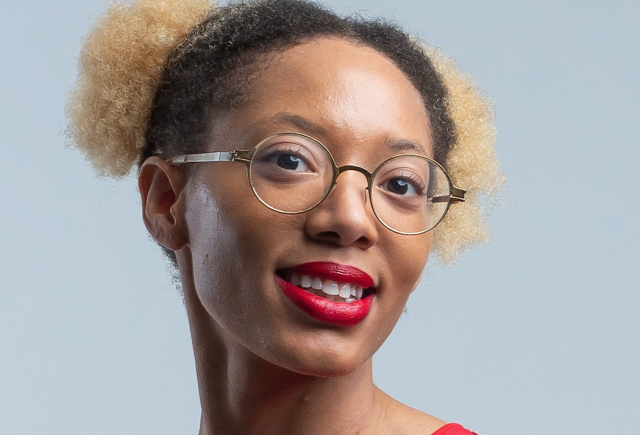 Director-producers Saelyx Finna, Mia Imani, and Laurie Polisky will make a documentary about dream technology and surveillance with the backing of Gamechanger Films and Sandbox Films. According to a press release, the trio are developing their project, “Under the Dream,” as recipients of Gamechanger and Sandbox’s Creative Science Nonfiction Accelerator award. Designed to boost diversity, equity, and inclusion in science documentary filmmaking, the prize comes with $50,000 to develop the project as well as “a full spectrum of creative and practical support from Sandbox and Gamechanger.”

“Under the Dream,” which delves into the burgeoning field of dream tech and the Black-led movement to protect our minds’ privacy, will be executive produced by Gamechanger CEO Effie Brown and Sandbox Head of Production and Development Jessica Harrop.

The filmmakers stated, “We are inspired by and in conversation with the Radical Rest Movement, neuroethics, and neurorights advocacy, contemplative practice and contemplative science, and the myriad artists and dreamworkers across millennia who have honored the dreamscape as a powerful site of discovery, expression, problem-solving, ritual, and liberation.” They explained, “We are members of the Guild of Future Architects, one of the homes for our work with dream tech and Radical Rest.”

“As filmmakers, we believe that sleep and dreams are sacred spaces for personal and collective healing,” Finna, Imani, and Polisky continued. “With ‘Under the Dream,’ we seek to raise questions like: how could tech that interacts with our dreams help or hurt us? Who can afford to dream? How might rest become a central part of racial reparations?”

Brown added, “Gamechanger Films thrives on expansive storytelling that challenges what we think we know and demands alternative perspectives. ‘Under the Dream’ is undoubtedly a project that will stir many minds to reframe and reimagine their respective places within the universe, and sit with our conceptions of leadership and protection and what that looks like.”

Bios for Finna, Imani, and Polisky are below, courtesy of Gamechanger and Sandbox.

Co-director, Producer Mia Imani interrogates the ways that disenfranchised communities can heal individual, communal, and societal trauma by creating works that live in-between the worlds of art and science. This “third-way” mixes unconventional methods (dreams, rituals) and science (ethnography, geography, psychoanalysis) to dream new potential ways of being. Her creative and collaborative work has lived in the Northwest Film Forum, Seattle Art Museum Lab, Savvy Contemporary, and is expanding into the digital and other interdisciplinary spaces. Her written work lives both digitally and in print within publications Cultured Magazine, Contemporary And, Daddy Magazine, Frieze, Hyperallergic, Vice, and more.

Co-director, Producer Saelyx Finna has over a decade of experience as a film nonprofit CEO, producer, story and distribution consultant, film programmer, impact producer, and dream tech researcher.  As a consultant, Saelyx has worked with Sundance, AMC, DOC NYC, the Criterion Collection, Film Independent, Cinereach, and Academy Award nominees. Previously known as Courtney Sheehan, Saelyx is the former artistic and executive director for Northwest Film Forum (NWFF), Seattle’s beloved nonprofit film center and art house theater. Saelyx has presented on the neuroethics of dream tech at the Interaction Design Association and International Association for the Study of Dreams. She produced the narrative feature MUGRI (post-production), and is a creator and host of the podcast Under the Dream.

Co-director, Producer Laurie Polisky (she/her) is a filmmaker and podcast producer with a background in neuroscience. She is the director/producer of the feature documentary PAIN BRAIN, which follows a mind-body study on chronic pain study on which Laurie was a co-author; the results were published in JAMA Pyschiatry. Fascinated by the way that audio and visual media can be used to translate scientific ideas to the general public, she is also the producer of the mental health podcast Tell Me about your Pain, ranked in the top one percent of most listened-to podcasts about mental health. She is a creator and host of the podcast Under the Dream, and has worked on films including THE SOCIAL DILEMMA (2020) and CLASSIC (2019).