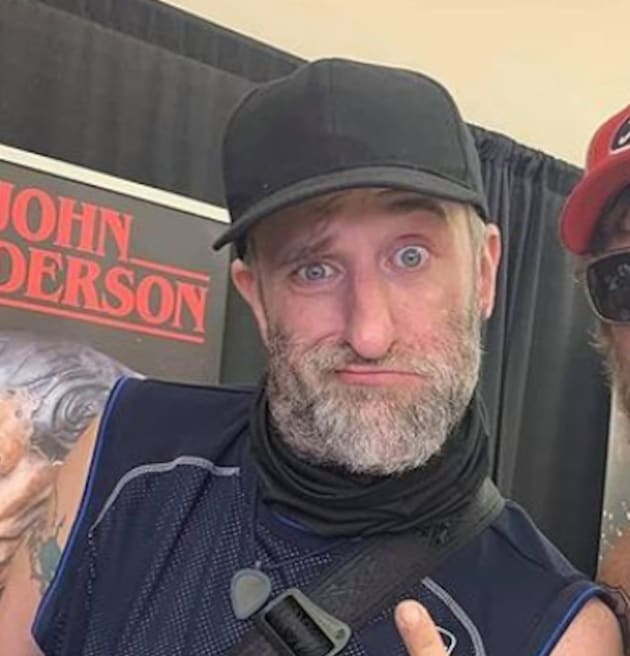 Dustin Diamond, the controversial actor best known for having played Screech on the original version of Saved by the Bell, is in the hospital.


According to multiple sources, he may be suffering from cancer.


To be clear, however, we cannot confirm such a diagnosis at this time.


According to reputable outlets such as E! News and TMZ, Diamond is currently under doctors’ supervision.


The 44-year-old Saved by the Bell alum’s team confirmed this development to E!, telling the network that Diamond checked into a Florida hospital this past weekend after feeling pain.


“Cancer is likely the prognosis,” the team further confirmed.


It made a point to add, though, that “doctors are still running tests to figure out what is wrong.”


TMZ insiders say that medical professionals will be conducting a biopsy to get answers as to what’s actually going on.


They expect to have a diagnosis some time this week.


Sources also report that Dustin’s family has a history of cancer — his mother died of breast cancer — but it’s unclear what type of cancer they suspect in the star’s case.


Peacock recently launched a well-reviewed revival of the show, but it does NOT include Diamond of his character.


The actor had a falling out with his cast members many years ago and has since been arrested on numerous occasions.


Screech’s absence was explained on the new Saved by the Bell during the eighth episode when A.C. Slater (Mario Lopez) quipped:


“Screech is so lucky he and Kevin get to live on the International Space Station, so he doesn’t have to deal with all this.”


That’s all the series has said about the character.


Asked about his absence from the new show by TMZ last year, Diamond said:


“It’s something we put so much time and effort into. How do you have Saved by the Bell without Screech? Right? I mean, it seems like there’s a missed opportunity there.”


In 2019, Mark-Paul Gosselaar told Andy Cohen he last spoke to Diamond in 1994… much like Elizabeth Berkley later said to the same Bravo host and producer.


“Honestly, I think since we finished the show is the last time I actually spoke to him, but not because of anything bad.


“I mean, he was always nice to me and he’s had his journey, but really, I’ve kept more in touch with Mark-Paul, Tiffani [Thiessen], Mario and then, from time to time, Lark [Voorhies].”

Ana de Armas: My Nudes Are Going Viral, And There’s Nothing I Can Do...