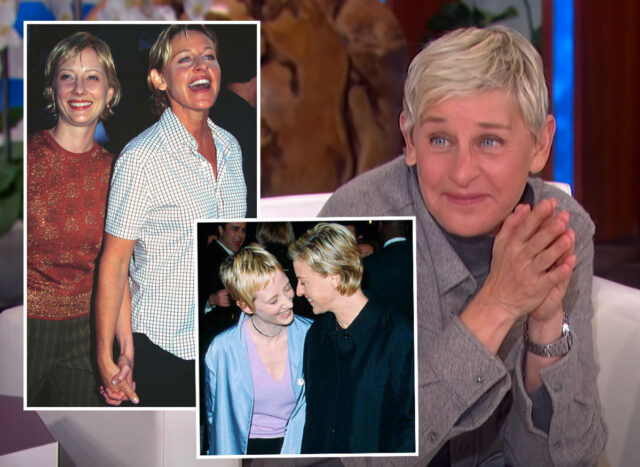 Ellen DeGeneres may have shared her condolences after her ex-girlfriend Anne Heche tragically passed away last week, but that doesn’t mean they were on good terms. She reportedly will not be included in the late film star’s funeral.

As we reported, the Volcano actress passed away on Friday following a fiery car crash in Los Angeles the week before. She suffered severe burns and a brain injury after her vehicle struck a home in Mar Vista which was lit on fire. The 53-year-old was declared brain dead on Friday — which is legally dead according to California law — and was taken off of life support on Sunday when an organ recipient was found.

Related: South Carolina Woman Dies After Being Impaled By A Beach Umbrella

Now, according to insiders who spoke to Radar Online on Monday, Anne’s family is set to grieve her loss at a funeral this week — with one very famous figure left off the guest list. A source shared:

“Anne’s funeral will be this week and Ellen will not be invited. It’s just close family and friends. It will be small and private.”

Despite the former talk show host’s kind public statements amid Anne’s medical emergency and untimely death, the pair were not in contact with each other in recent years. So if it’s just those “close” to Anne, it’s not surprising she won’t be invited to the funeral. The source continued:

“Ellen felt the need to say something after Anne died. They hadn’t spoken in years but given what their relationship meant to so many people around the world, she understands why she had to speak out.”

On Friday, Ellen took to her Instagram Story with a heartfelt (though short) message of love and support to the Heche family, writing:

“This is a sad day. I’m sending Anne’s children, family, and friends all my love.”

Ellen and Anne dated for three years from 1997 to 2000, going public with their relationship just four months after the comedian came out. While Anne’s film career was just about to take off, she ultimately lost out on deals because of how high-profile (and, unfortunately, controversial) her relationship was at the time. In 2020, she told Page Six:

“It changed my life forever. The stigma attached to that relationship was so bad … I didn’t do a studio picture for 10 years. I was fired from a $10 million picture deal.”

Last year during an episode of her podcast Better Together, the Donnie Brasco star opened up further about why they called things off, saying:

“I broke up with her because her goal was to have a lot of money. Mine was to find love, and hers was, ‘I want $60 billion.’ Good, good luck; our forks are never going to meet.”

Not only did her romance with Ellen completely sidetrack her career, but their breakup became another front-page headline that only tore them apart further. No wonder Ellen won’t be invited! Though it’s unclear if she would have wanted to show up in the first place.

While details about Anne’s funeral have been kept private, those in her close circle have been very open about the devastating loss, specifically her children’s fathers. Anne shared son Homer Laffoon, 20, with Coleman Laffoon, and Atlas Heche Tupper, 13, with James Tupper. Both men have taken to social media to mourn their ex, James first wrote:

“In the wake of Anne’s passing, I just wanted to say a few things. One, I loved her and I miss her and I’m always going to. Two, Homer is OK. He’s grieving, of course, and it’s rough. It’s really rough, as probably anybody can imagine, but he’s surrounded by family, and he’s strong, and he’s going to be OK. So for all those people checking in, thank you for checking in, showing us your heart, offering prayers and everything. It’s so beautiful. Thank you. It’s hard for me, it’s hard for my family, it’s really hard for Homer, but we’ve got each other and we have a lot of support and we’re going to be OK.”

Such a sad, sad loss for all those who loved Anne!

No word yet on whether any of her other exes, including most recently Hung co-star Thomas Jane, will be in attendance at the memorial.

As mentioned, Anne’s death comes after a series of car crashes in the LA area. The LAPD was investigating for a felony DUI – and found she had cocaine and possibly fentanyl in her system at the time of the crash – but they have since stopped their investigation. We’re thinking of all of Anne’s family and friends as they continue to mourn her loss.

[Image via WENN & The Ellen Show/YouTube]

Trailer Watch: Dina Amer Examines Trauma and Sisterhood in “You Resemble Me”