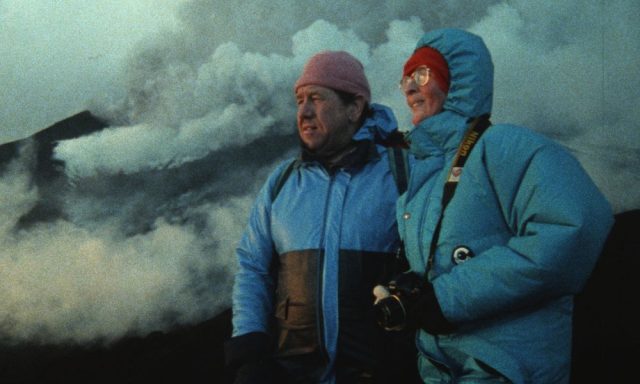 The nominations are in for the seventh annual Critics Choice Documentary Awards, and Sara Dosa’s “Fire of Love” leads the pack with a whopping seven noms. Her tribute to volcanologists Katia and Maurice Krafft is up for honors such as Best Documentary Feature, Best Director, Best Editing, and Best Score.

Of 10 titles vying for Best Film, six are helmed by women. Besides “Fire of Love,” other women-directed nominees include “Descendant,” Margaret Brown’s investigation into the last slave ship to arrive in the United State, and “Aftershock,” Paula Eiselt and Tonya Lewis Lee’s look inside the maternal health crisis and the role that systemic racism plays in it.

Three of eight Best Director nominees are women: joining Dosa and Brown is Laura Poitras, who is being recognized for “All the Beauty and the Bloodshed,” a tribute to artist Nan Goldin and her attempts to hold the Sackler family accountable for the Opioid crisis.

The Best First Documentary Feature includes eight nominees, four of whom are women. Andrea Arnold’s “Cow,” a portrait of a dairy cow, is among the contenders.

The Critics Choice Documentary Awards will take place November 13. Check out all of the women-directed offerings up for Best Documentary Feature, Best Director, and Best First Documentary Feature and head to Variety for a complete list of categories and nominees. Other women up for honors include Katharina Wartena (Best Editing, “Three Minutes: A Lengthening”) and Magda Kowalczyk (Best Cinematography, “Cow”).