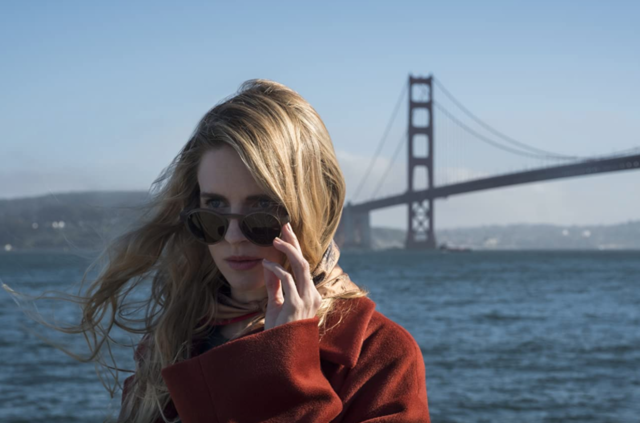 FX announced a limited series from “The OA’s” Brit Marling and Zal Batmanglij, and confirmed “Little Miss Sunshine’s” Valerie Faris and Jonathan Dayton have been hired for a future FX on Hulu project, at its TCA virtual press tour today. According to Deadline, FX greenlighted “Retreat” from Marling and Batmanglij, and Faris and Dayton will direct several episodes of the upcoming “Fleishman Is in Trouble” adaptation.

Marling is also set to co-star in “Retreat,” a project that sounds like a cross between “The White Lotus” and “Nine Perfect Strangers.” The show sees “Darby Hart, a Gen Z amateur sleuth” invited along with 11 others “by a reclusive billionaire to participate in a retreat at a remote and dazzling location,” Deadline details. “When one of the other guests is found dead, Darby must fight to prove it was murder against a tide of competing interests and before the killer takes another life.”

Marling and Batmanglij are writing and directing the project, and will exec produce alongside Andrea Sperling (“Transparent”).

“We absolutely loved what Brit Marling and Zal Batmanglij came to us with, which is [a] radical reconceptualization of whodunit with a really, really original set of characters, particularly a really strong and original young woman at the center of the story whose back story and present-day story form a strong emotional core,” said FX Networks chairman John Landgraf. “There obviously is a mystery unfold too. It’s a distinctive and unique show that is not that easy to produce.”

An adaptation of Taffy Brodesser-Akner’s bestseller of the same name, FX on Hulu’s “Fleishman Is in Trouble” is a nine-episode series about the newly single, 40-something Toby Fleishman. Upon separating from his wife, he “dives into the brave new world of app-based dating with the kind of success he never had dating in his youth, before he got married at the tail end of medical school,” per the source. “But just at the start of his first summer of sexual freedom, his ex-wife disappears, leaving him with the kids and no hint of where she is or whether she plans to return.”

Brodesser-Akner is penning the adaptation, and will serve as EP with Sarah Timberman and Susannah Grant. No word on which, or how many, episodes Faris and Dayton will helm.

Bachelor in Paradise Spoilers: Who Gets Engaged? Who Goes to Pound Town?