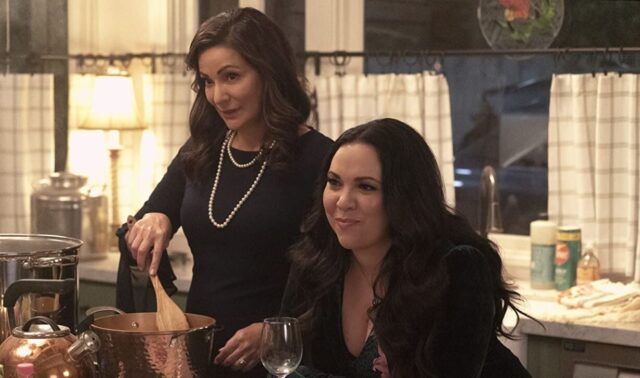 Love will stay in the air at Amazon Studios. According to Variety, Gloria Calderón Kellett’s Prime Video series “With Love” has been renewed for Season 2. The show premiered in December.

“With Love” centers on siblings Lily (Emeraude Toubia) and Jorge Jr. (Mark Indelicato), “who are on a mission to find love and purpose,” the source describes. “The two cross paths with seemingly unrelated residents of Portland, Ore. during some of the most heightened days of the year — the holidays, including Christmas Eve/Nochebuena, New Year’s Eve, Valentine’s Day, the Fourth of July, and Día de los Muertos.”

The second season will, like the first, have six episodes. Each installment will again take place on a milestone or holiday.

Calderón Kellett writes for and executive produces “With Love.” The producers are GloNation and Amazon Studios.

The “One Day at a Time” reboot Calderón Kellett created with Mike Royce ran for four seasons — the first three streamed on Netflix and the fourth aired on Pop TV. Her other credits include “How I Met Your Mother,” “Devious Maids,” and “iZombie.”

Justin Duggar: We Know His Wedding Date! We Think!

Bella Hadid Responds To Reports She ‘Blacked Out’ From Met Gala Corset – Hollywood...