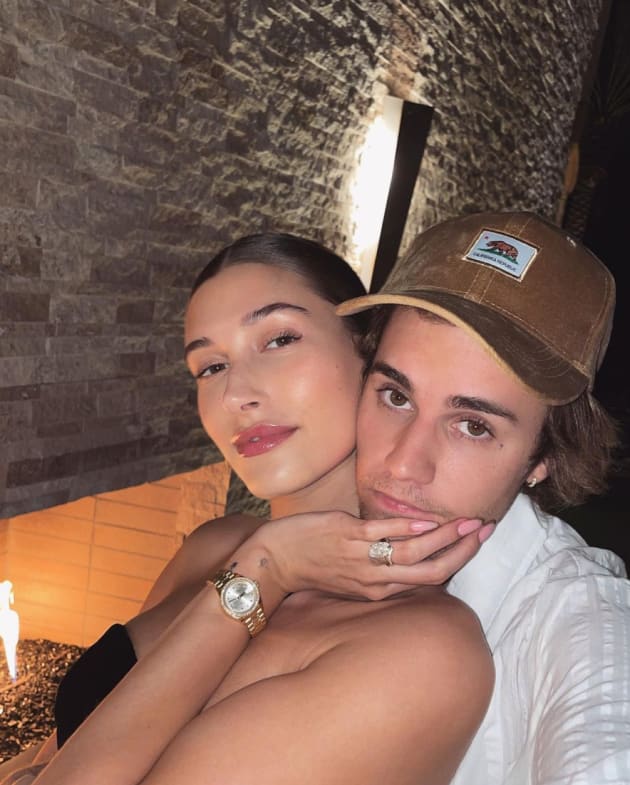 There was a time when Justin Bieber made tabloid headlines on a daily basis.


The pop icon seemed to be on a painfully familiar trajectory, and fans feared that it would end in disaster.


But Justin beat the odds, got married to Hailey Baldwin, and settled into a life of (relatively) quiet domesticity.


Which is why fans were so shocked when a video that appeared to show Justin angrily shouting at his wife emerged on TikTok.


The couple was in Las Vegas, where Justin gave several performances in honor of the opening of Delilah at Wynn Las Vegas.


As Justin was leaving the stage following one of those concerts, a fan captured footage that appeared to show the singer engaged in a very heated discussion with Hailey.


The video has since been deleted from TikTok, but the controversy remains.


At first, it looked as though Justin and Hailey were planning not to comment on the controversy in the hope that it would simply disappear.


But as the rumor mill continued to churn, it seems that Hailey decided to get in front of the story and shoot down the speculation.


The 24-year-old model posted a pic from the trip, along with a caption that she hoped would put an end to the chatter.


“Reminiscing on how amazing last weekend was,” she wrote.


“Had the best time surrounded by so much love.”


“Any other narrative floating around is beyond false. Don’t feed into the negative bulls–t peeps.”


Hailey didn’t mention the specifics of the scandal, but in all likelihood, she didn’t have to.


The Bieber-obsessed corners of the internet (yes, those still exist) have been abuzz with news of the alleged screaming incident.


Many fans who were present for the incident have corroborated Hailey’s story that the Biebs wasn’t angry, he was just expressing himself in an excited fashion.


“He was on STRAIGHT adrenaline from performing. He wasn’t mad at Hailey and he wasn’t yelling at her,” one such Belieber tweeted.


“I hate how he’s always painted as the bad guy when he’s the furthest thing from it.”


Given the fact that the exchange took place in front of dozens of screaming fans, that seems to be the most likely explanation.


And the fact is, while the couple has dealt with naysayers from the moment they said “I do,” there’s no reason to believe that they’re anything but blissfully happy.


In fact, these days, when they make tabloid headlines, it’s usually because Justin posted some bikini pics of Hailey.


We’re sure taloid scandals and nothingburger controversies will continue to follow these two in the years to come.


Fortunately, there’s no couple that’s better equipped to deal with that sort of thing.


Justin has been famous since before he reached his teens, and Hailey is a member of the Baldwin family, which means she’s been dealing with unwanted media attention for as long as she can remember.


There was a time when it seemed that Justin had gone to far in his reckless lifestyle, but amazingly, he’s managed to turn things around.


We don’t know all the details of his recovery, but we’re sure Hailey played a big part in it.

Can These Sistas Survive the Storm?

Becky Read’s “The Fight Before Christmas” Doc Acquired by Apple