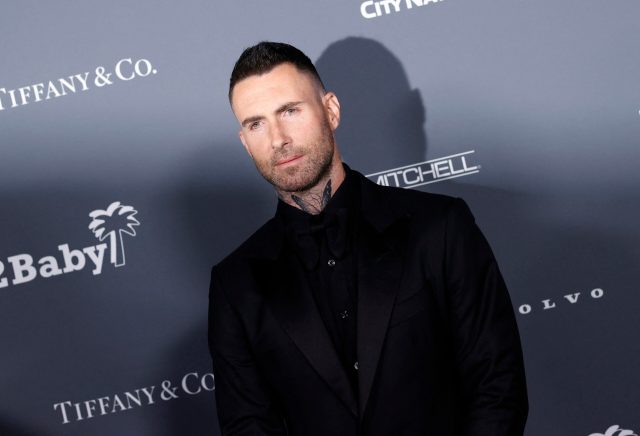 Simply put, things continue to get worse and worse for Adam Levine each and every day.

As you very likely know by now, the singer has been accused of reaching out to several women via Instagram, sending the sort of wildly inappropriate messages that no married man should ever send.

The allegations starting pouring in after someone named Sumner Stroh went public with texts Levine sent her at various points since 2021.

Including one he allegedly sent as recently as this past June.

“Ok serious question. I’m having another baby and if it’s [a] boy I really want to name it Sumner. You OK with that? DEAD serious,” Levine supposedly wrote to Stroh.

Following Stroh’s bombshell reveal, at least four other women came out with similar stories about their racy exchanges with Levine.

One of those women was another Instagram model who goes by the name Maryka.

She just spoke to In Touch Weekly and detailed the nature of the back-and-forths she had over the past year or so with Levine.

The influencer alleges she and the Maroon 5 frontman “started talking on Instagram a year ago” as friends, but “started sexting” after he wrote he and his spouse “had some issues” in their relationship.

“I assumed it was divorce,” Maryka tells In Touch, adding that Levine told her his marriage was “complicated.”

To be clear, Maryka says, she and Levine never slept together. But..

“He had some weird kinks, like he loved to be called ‘good boy,’” she alleges. “He often flirted with me.”

The model says that she ended communication with the ex-Voice judge after he texted her in a panic after his friend’s Instagram account was hacked.

“I thought that was weird, so I decided to quit with him and stop talking to him,” she says now.

“My last texts to him were telling him, ‘You should stop doing this stuff. You have a wife.’ And he told me he would’ve stopped.”

On September 20, Maryka initially came forward with claims that the father of two had sent her inappropriate DMs.

In one exchange, Maryka shared her plans to take a break from Instagram, to which Levine allegedly responded:

“Distract yourself by f–king with me.”

For his part, Levine has emphasized his lack of physical cheating… while confessing to some marital sins.

“A lot is being said about me right now and I want to clear the air,” the 43-year old wrote this past Tuesday morning.

“I used poor judgment in speaking with anyone other than my wife in ANY kind of flirtatious manner.

“I did not have an affair, nevertheless, I crossed the line during a regrettable period in my life.”

Concluded Levine on this sensitive subject:

“In certain instances it became inappropriate; I have addressed that and taken proactive steps to remedy this with my family.

“My wife and my family is all I care about in this world. To be this naive and stupid enough to risk the only thing that truly matters to me was the greatest mistake I could ever make. I will never make it again. I take full responsibility.

Why Matthew Perry Spent $350K on a Trip to Switzerland