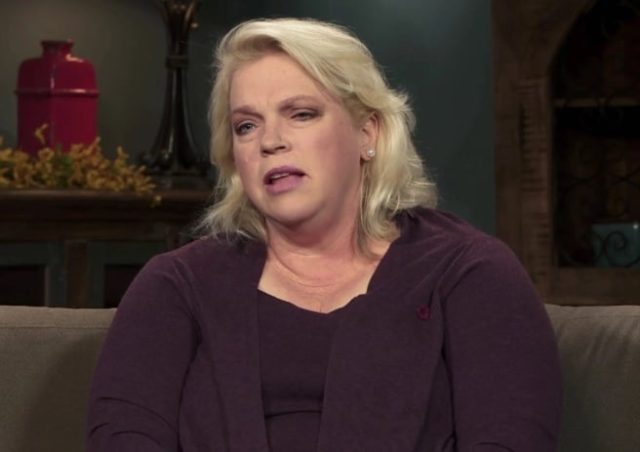 According to someone who ought know very well, the long-gestating rumor is a legitimate really.

In an exclusive interview with In Touch Weekly, Janelle’s own aunt, Kristyn Decker, confirmed this development, saying the following to the tabloid:

As far as any relationship, any marriage goes, I think [Janelle’s] similar to, in Meri’s situation where she’s just staying in a marriage that’s not really a marriage.

I don’t think they’ve had a marriage for a long, long, long time. It’s just platonic.

In one sense, of course, this is major news.

In another, however, veteran TLC viewers have witnessed Kody saying pretty much the same thing in the past, stating openly many months ago that he isn’t in love with Janelle.

“It’s like just this antagonistic relationship. It’s not cooperative. I don’t know why,” Kody said on the latest Sister Wives episode, too.

Decker – who assists victims of polygamy through her Second Choices Coalition nonprofit because she was once a member of a plural marriage herself – continued to In Touch:

“That’s pretty obvious that they really haven’t been together in a long time, at least marriage wise.”

She went on to say that the way the family’s Mormon fundamentalist sect is set up, the burden falls on the women to walk away from the man.

“That’s why [Kody] wants them to leave,” she says, explaining in further detail:

“If they’re going to, if they kick him out, then they are looked down upon much worse. Kody’s got to get them to [leave on their own].”

Christine, of course, went ahead and did just this about a year ago.

She remains close to Janelle, too, prompting many to think that Christine has influenced Janelle’s decision to go off on her own.

Kody legally wed first wife Meri Brown in 1990 and then spiritually got married to second wife Janelle in 1993.

Kody eventually divorced Meri so that Robyn could become his official wife in 2014 and he could adopt her three children from a previous marriage.

After his semi-recent split from Christine, Kody remains spiritually married to Meri and Janelle as well as legally married to Robyn… although the former two reality stars don’t seem remotely close to the father of their kids.

“I’m in a very vulnerable place and if I cross a line, will she cross another line?

“And that sort of cynicism comes, I think, from unwinding 20 years in plural marriage and Christine leaving,” Kody said in a confessional on November 20 of Janelle and where things stand.

“I don’t think Janelle or I are being honest or realistic in this relationship as we communicate with each other about this stuff.”

Kody added on the episode that he felt as if Janelle was “rejecting” him and “choosing to have a [relationship] with Christine” instead.

Trailer Watch: Máiréad Tyers Is an Ordinary Woman in an “Extraordinary” World