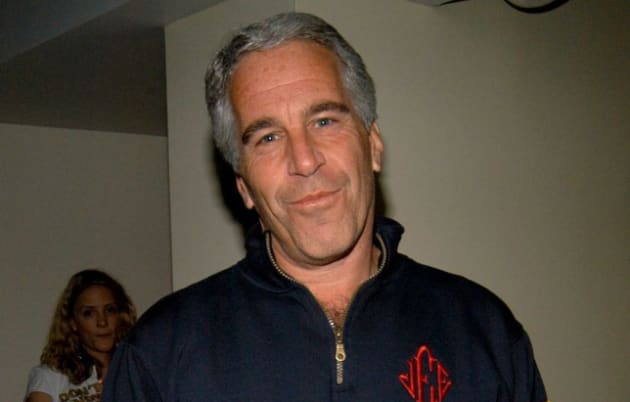 These days, the name Jeffrey Epstein is up there with Vladimir Putin and Jared from Subway on the list of evil bastards who are just no damn good.


Unlike the other two, of course, Epstein is no longer among the living.


But the debate over how he died and the continued disgust over how he lived will likely continue for many years to come.


And that might present some problems for the real estate agent who’s currently trying to sell Epstein’s infamous private islands.


Yes, like all villains, Epstein owned a chain of private islands, where all manner of disgusting sh-t went down.


Now, the late predator’s land is up for sale for a cool $125 million.


That might sound like a hefty price tag, but the buyer will be getting a lot for their money:


According to a new report from TMZ, the listing from Bespoke Real Estate describes a 5.8-mile property, spanning two islands with a total of six beaches.


There’s a library, a movie theater, and even a Japanese bathhouse.


But if the idea of a bathhouse on property once owned by Jeffrey Epstein sent you into a full-body cringe spasm, then we probably don’t need to tell you what the problem is here.


Epstein, as you’re no doubt aware, was a human trafficker who brought dozens of girls — some of them as young as 11 years old — to the island so that he and his disgusting friends could rape them.


This friend group included Prince Andrew, who recently settled with a rape victim using money he borrowed from his mother, Queen Elizabeth.


Several other prominent figures including Donald Trump, Bill Clinton, and Bill Gates also made trips to Epstein Island aboard the private jet that the media has nauseatingly dubbed the Lolita Express.


We don’t know for sure what all of these billionaires and presidents did during their time on Epstein’s property, but you can bet that it was extremely gross, if not illegal.


So you can see why the Bespoke folks might have a little trouble unloading Epstein’s islands.


The ideal buyer would be a billionaire with no moral compass who’s not the least bit worried about doing irreparable damage to their own reputation.


In other words, unless Kanye is in the market for some islands, it’s not gonna be easy to find the perfect candidate.


As you know, Epstein was found hanging in his jail cell in August of 2019, but his lifetime of misdeeds continues to make headlines.


The pervert’s partner in crime, Ghislaine Maxwell, was arrested by the FBI in July of 2020.


In 2021, she was convicted of child sex trafficking, transporting a minor for criminal sexual activity, and conspiracy.


Maxwell has yet to be sentenced, and sadly, the client list that she provided prosecutors in exchange for less prison time has been sealed.


So we may never know the names of all the prominent public figures who spent time on Epstein Island.


But we will know to keep a very close eye on whomever shells out $125 million for the late pedo’s property.

Leah Messer Reveals If She Wants to Have Kids With Jaylan Mobley, Opens Up...