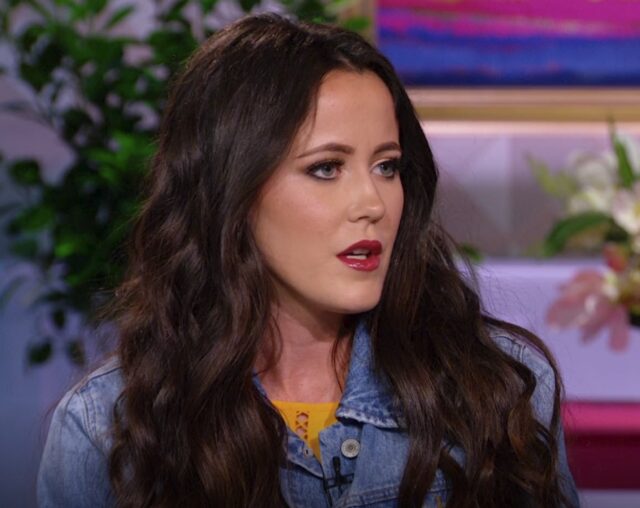 Jenelle Evans is outta there, folks.

Earlier this month, we learned via teaser that Evans would appear on at least one episode of Teen Mom: The Next Chapter, the upcoming series that will feature multiple women from multiple Teem Mom franchises and debut on Tuesday, September 6 at 8/7c.

She’ll appear at a party thrown by Brianna DeJesus in celebration of her legal victory ove Kailyn Lowry.

And then, just a couple days ago?

We learned that Evans was allegedly asked back for even more episodes of this program… but turned down the opportunity.

Late Wednesday, Jenelle released a statement that confirmed this rumor.

“I ALONE decided to decline the terms within the agreement to pursue and further other career choices, based on the terms,” the mother of three said.

“It would have not aligned with my current opportunities. No hard feelings. I appreciate MTV and the producers for including me, [and] nothing but great vibes to the girls.”

Evans, of course, was fired by MTV in 2019 after her awful husband, David Eason, shot and killed the family dog.

Child Protective Services were called in as a result and Jenelle lost custody of her children as a result.

In the following many years, Jenelle has most shared photos of herself in a bikini on social media, while also opening an OnlyFans account and trying to start a podcast.

She hasn’t had many career opportunities.

Was she really asked to return on a more full-time basis by MTV executives?

Yes, our friends at The Ashley’s Reality Roundup have since reported.

“They had been trying to get Jenelle and [her mom] Barbara on Teen Mom Family Reunion,” a source told this website this week.

“There’s a mother/daughter and family therapy angle this year, and Barb had already filmed for ‘Girls Night In’ so it just made sense for them to go to [Family Reunion].”

Jenelle’s manager, meanwhile, has also claimed that his client is planning to star in her very own series — and that it may even include Eason, who has no chance of ever appearing on MTV again.

“They are, I think in every way, pretty healthy right now as a family.”

“There’s no toxicity,” this rep continued. “David [Eason] is being a good boy. He’s not doing or saying things he shouldn’t.

“He’s being a good husband, a good father.”

Eason has been known to embrace the Confederate Flag… to make many negative remarks about gay people… to carry around a gun at all times… and he almost definitely broke Jenelle’s collarbone in a domestic abuse incident in 2018.

The guy is violent, dangerous and very close-minded.

Evans claimed she was done with her marriage in 2020 after Eason was arrested for assault.

At the time, she told Celebernation it was “time for me to move on from this relationship and find happiness for my kids and myself elsewhere. I’m shaking and saddened by this.”

Alas, Keen now says Evans and Eason are “the healthiest they’ve been in the last 5 years” due to “a lot of maturing and growing” of late.

Will we actually see the couple back on the small screen again at some point?

“She has a new dynamic series in development, keeping the concept under wraps for now,” Keen has alleged to People, adding of Evans:

“It does revolve around her family, but other characters will be included.

“Every single person in her family, and extended family is going to be a part of it.

“But it’s not going to be like a Teen Mom series.”