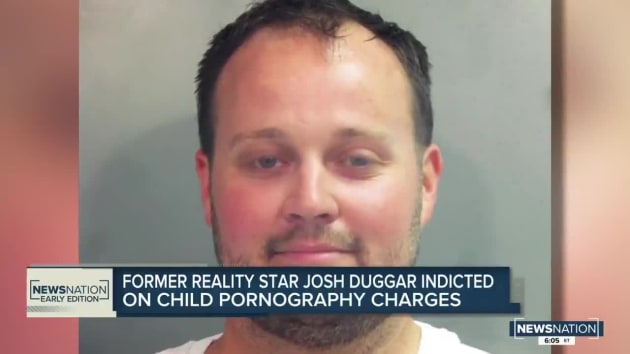 When Josh Duggar’s mug shot was released to the world, many were shocked by the smug, smirking expression worn by the former reality star.


But we think it’s safe to say he’s not smiling so much these days.


Last week, we learned that Josh was arrested by federal agents and held without bail.


It was later revealed that the 33-year-old Duggar had been arrested on charges of receiving and storing child pornography.


If convicted on all counts, he could receive 20 years behind bars.


Understandably, the Duggar family has been keeping a low profile in recent months as the eldest son of Jim Bob and Michelle awaited arrest.


Many who have watched the family closely over the years have been harshly critical of Josh and eager for a day when justice might be served.


Now, that day has come.


In 2019, Duggar’s place of business was raided by federal agents.


At the time, no cause for the raid was revealed, and it was widely assumed that it was a result of Josh hiring undocumented workers.


Months turned into years, and many arrived at the conclusion that the agents had found nothing incriminating.


Now, however, it appears that they were simply strengthening their case against Josh.


Josh has entered a not guilty plea, and his attorneys say they intend to defend him “aggressively” against the charges.


For Counting On fans, Josh’s arrest explains a lot.


The Duggars usually revel in sharing details of their personal lives with the world, but over the past few months, they’ve been keeping a lower profile than ever before.


Now, it appears that the family had decided to present a united front and step away from the spotlight in support of Josh.


“We appreciate your continued prayers for our family at this time,” Jim Bob and Michelle Duggar said in a statement after the charges were made public.


“The accusations brought against Joshua today are very serious.


“It is our prayer that the truth, no matter what it is, will come to light, and that this will all be resolved in a timely manner,” the couple continued.


“We love Josh and Anna and continue to pray for their family.”


It may be months before Josh’s case goes to trial.


Even if he’s granted bail at his hearing on May 5, Josh will not be able to return home.


According to rules set by the judge, he must be appointed a custodian, and live in a home where he will not have contact with children.


Since Josh’s wife, Anna Duggar is pregnant with her seventh child, Josh obviously won’t be able to reside with her.


Details of the case against Josh are scarce, but we know that he has been accused of downloading images of children under the age of 12.


Critics and former fans have called on TLC to cut ties with the Duggars, but it seems the network has not yet reached a decision.


We’ll have further details on this developing story as more information becomes available.

Disrupt and Dismantle Examines Public Trust in the Police