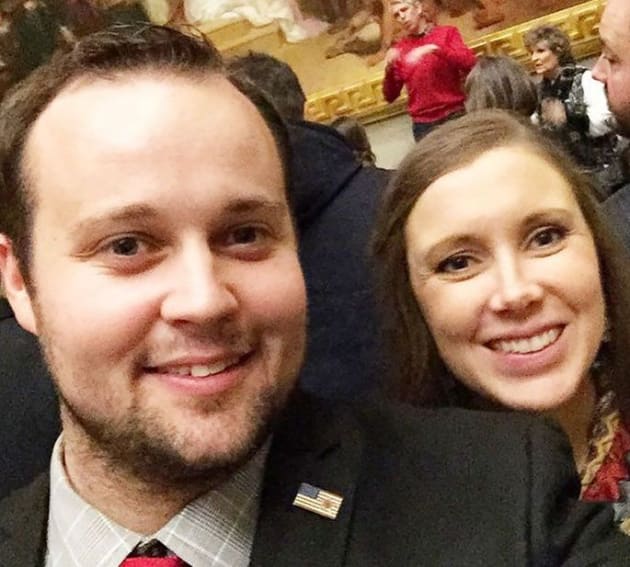 Josh Duggar is all alone these days.


The convicted sex offender was taken into custody last month immediately after a jury found him guilty of downloading explicit photos and videos of kids under the age of 12… and was then moved to solitary confinement out of concerns for his safety.


Duggar has not been literally alone at all times over the past month or so, however.


As previously reported, wife Anna Duggar has frequently called up her disgraceful husband.


The mother of seven isn’t permitted to visit Josh in person, but she is allowed to video chat with him between hours designated by Washington County Detention Center, which is where Josh will remain behind bars until his sentencing this spirng.


On Tuesday, meanwhile, The SoJo Files podcast passed along prison logs to The Sun, detailing the disturbing number of times Josh and Anna have talked since the former was hauled off to prison.


Here is what we therefore know at the moment:


A maximum of two adults and two children are allowed by the detention center to be on each of these calls.


We cannot say for certain, however, whether any of Anna and Josh’s many kids were on any of the calls with their mom.


As for other members of this infamous family who have had contact with Josh since his verdict came down?


Michelle Duggar video chatted with her son on January 2 for nearly six minutes. It sounds as if she initiated this call, too.


Based on these records, Josh has also spoken to attorney Travis Story; his brother, Jedidiah Duggar; Robert and Hilary Spivey (the in-laws of Justin Duggar); and Duggar family friend David Waller.


Josh has received no video calls and made no attempts to reach out to adult sisters Jana, Jill, Jessa, Jinger and/or Joy-Anna.


These same sisters said in a legal filing last yearr that they’ll need a lifetime of therapy after the public learned they had been molested by Josh when they were young girls.


Elsewhere, The Sun previously reported Josh is not allowed conjugal visits with his wife.


According to the Bureau of Federal Prisons website, conjugal visitation is “not permitted within any BOP facility.”


After Josh’s sentencing in March or April, he will be transferred to federal prison for his crimes, where it’s possible the rules are different and this admitted cheater will be permitted to sleep with Anna on certain in-person visits.


Sadly, it seems as if Anna would be up for this arragement.


“Anna is still speaking to [Jim Bob Duggar] and [Michelle Duggar], but a lot of the siblings have distanced themselves,” a source told In Touch Weekly in December.


“She was upset that some family members decided to speak out against Josh. That broke her heart.:


The disgusting former TLC personality will be sentenced in several weeks and faces up to 20 years and $250,000 in fines for each count.

Russ Mayfield and Paola Mayfield: Wait! They Might Not Get Divorced!