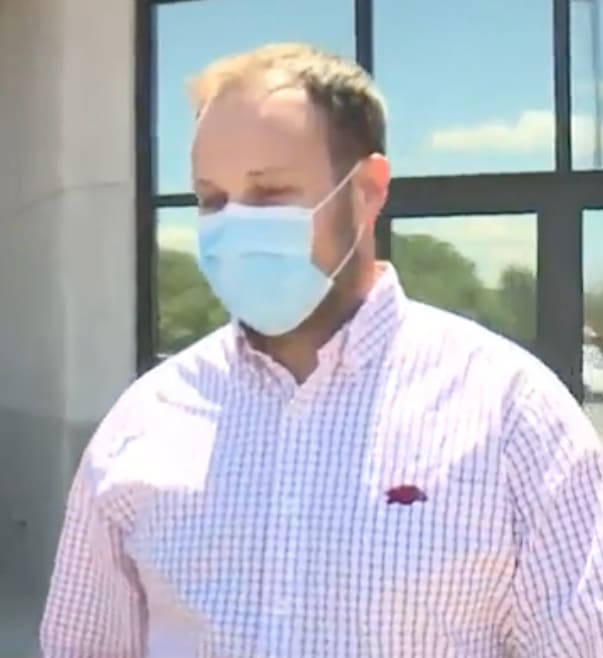 After a long series of setbacks, Josh Duggar’s legal team scored quite a few wins this week.


And now, many who have been watching the trial closely are concerned that these recent developments might mean there’s a remote chance that Josh will be acquitted.


As you’re probably aware, Duggar is set to stand trial on child pornography charges on November 30.


If he’s convicted, he faces up to 20 years behind bars.


Earlier this month, it looked as though Josh’s trial was a mere formality and his conviction a virtual certainty.


At a pre-trial hearing held in early November, the judge dismissed five motions filed by Josh’s lawyers requesting that key pieces of evidence be ruled inadmissible.


During a second hearing held on Thursday, however, the tables turned, and the defense did some major damage to the DA’s case.


For starters, the judge ruled that the prosecution will not be allowed to mention Josh’s past admissions of pornography addiction during the trial.


Even so, the case against Josh is pretty iron-clad … though not without some complicating factors.


After all, investigators found dozens of explicit images of children on several personal devices owned by Josh during a raid of his workplace.


And Josh foolishly asked one of the federal agents if they were searching for child pornography before any of them mentioned the reason for their raid.


Judge Timothy L. Brooks also ruled this week that the defense will be permitted to argue that the seized devices did not belong to Josh at all.


The prosecution listed three individuals who worked with Josh and argued that prosecutors will attempt to create a shadow of a doubt about Josh’s guilt by falsely attributing the crimes to these people.


The judge ruled against the DA, arguing that Josh lawyer’s should be permitted to create reasonable doubt by “pointing the finger at others who may have possibly committed the crimes.”


The judge also ruled in favor of the defense with regard to their request that a remark made by an agent from the Department of Homeland Security be stricken from the record.


An investigator identified as Special Agent Faulkner stated that the content found on Josh’s computer was “in the top five of the worst-worst” things he had seen in all his time with the force.


Two other decisions are still pending:


We’re waiting to find out if prosecutors will be able to use Josh’s past sex crimes against him.


The defense has argued that Josh’s molestation of his sisters has no bearing on the current allegations against him.


For obvious reasons, the defense disagrees.


Also yet to be decided is whether or not Jim Bob Duggar can be subpoenaed to testify against his son.


According to The Ashley’s Reality Roundup, prosecutors would like to subpoena both Jim Bob and Bobbie Holt.


Holt is the mother of a woman who is rumored to be Josh’s first courtship partner.


The relationship ended abruptly, and prosecutors believe the cause of the split may shed light on Josh’s character.


The judge has yet to rule on those two potential witnesses, both of whom could have a profound impact on the trial.


We’ll have further updates on this developing story as more information becomes available.