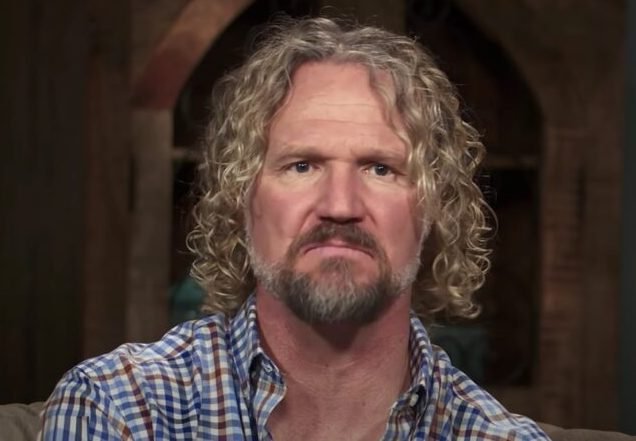 Kody Brown would like to make something extremely clear:

None of this is his fault, okay?!?

Over the opening pair of Sister Wives Season 17 episodes, viewers have watched as Christine Brown explains to Kody why she no longer wants to be a member of his household.

In one instance, she pointed to their complete and utter lack of a sex life.

At another point, Christine said on air that Kody prefers Robyn above all other spouses — and that she’s simply grew sick and tired of it.

Where does Kody come down on things?

In one scene from this past Sunday night’s brand new installment, he whined and complained to the camera, emphasizing over and over how he’s the victim in this romantic saga.

“This feels like a major injustice that’s being done to me, and it galls me,” Kody said during a confessional, adding:

“I just can’t let it go. I don’t know why it’s such a struggle. It’s curling my toes.

“I need some grief counseling or something. I don’t know what’s going on here with my attachment. I can’t let go.”

It’s almost nice to hear that Kody is so affected by Christine’s decision… but a major injustice has been done?!? We can’t imagine very many TLC viewers are buying what Kody is trying to sell here.

During his emotional conversation with Christine, the father of 18 even said he realized he could have handled their separation better.

“I want to apologize for being so angry,” he told Christine.

“I just said, ‘Christine what do you want?’ And you said, ‘I just want to be free.’ And I’m sorry I was so angry. I’m sitting here going I’ve had to do a lot of introspection.

“I need to get to a place where I can rejoice about your happiness and your freedom.”

Continuing how he keeps pointing fingers, though, it doesn’t sound as if Kody is close to being at that place.

“Thank you and that is like the sweetest thing that you have ever said,” Christine said, in almost sarcastic manner, to Kody’s quote above.

The mother of six admitted she appreciated Kody’s apology during a confessional of her own.

“I just want to thank him for trying to support me. That’s the sweetest thing that he has said to me in years,” she said once more in this setting.

This episode of Sister Wives was filmed about a year ago.

Christine announced her split from Kody on November 2, 2021.

“After more than 25 years together, Kody and I have grown apart and I have made the difficult decision to leave,” the reality star wrote in a statement via her Instagram page.

“We will continue to be a strong presence in each other’s lives as we parent our beautiful children and support our wonderful family.

“At this time, we ask for your grace and kindness as we navigate through this stage within our family.”