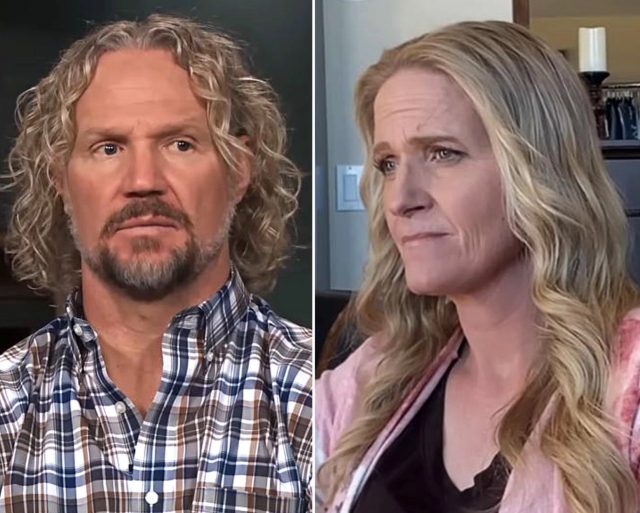 Kody Brown is not in a good place at the moment.

At least not based on what we’re seeing via our television screens.

On the latest episode of Sister Wives, the self-centered father of 18 threw himself a pity party, focusing on Christine’s decision to leave him and how it affects both his self-esteem and his view of his family at large.

“Christine and I have been on the fast track from separation to divorce now for a few months,” Kody told the camera on Sunday night.

“The last time the family got together was when Christine told us she was leaving.

“I feel very separated from the family. I’ve struggled through this process.”

This episode was filmed in 2021, remember, around the time Christine told Kody of the choice she had arrived at and just a short while before she announced their split to the world.

We’ve spent a bulk of Season 17 going behind the scenes of the break up, which left Kody and company in a state of denial last year.

“My life is in a form of limbo because Christine’s leaving and I don’t know what that looks like.

“I’ve been in the anger phase of divorce, so I’ve not been addressing it very well,” Kody explained on air.

Elsewhere on the October 9 installment, Janelle moved into an RV because she could no longer rent her home in Flagstaff… while Kody wondered aloud if Meri wanted to move by herself to Utah.

Three-quarters of his relationships, in other words, were in a state of chaos.

“I was here are the very beginning. I helped start this family. It was me and him and we had plans. He loved me,” Meri said during a confessional while holding back tears.

Kody, however, managed to press pause on all the drama and join Christine in celebrating their daughter Ysabel’s high school graduation.

He even offered her a car for never having kissed a boy.

“We will never be there again. I’m living in a delusional world where I’m wishing Christine didn’t leave. I’m struggling with sort of a state of regret and frustration,” Kody added at one point.

“It’s a weird thing to be getting left. It’s made me question getting into plural marriage.

“The message we had to the world about functional polygamy seems so dysfunctional now.”

The patriarch of the Brown family also confessed that his relationships with some of the other kids — not just his kids with Christine — had recently hit a very rough patch.

“I’ve got what feels like very strained relationships with a bunch of the kids.

“I don’t feel like I’ve got the respect that I should have,” Kody concluded.

“No, I’m not okay. I’m here. I’m in a funk. It’s this loneliness combined with a bitterness with the entire family.”

As for Robyn? Kody’s only legal wife and his favorite wife?

“How is this wrong? How does this not work for everybody?” she said in a confessional, blaming Christine for wanting out and asking:

John McEnroe Reflects on His ‘Second Chance’ at Happiness (Exclusive)