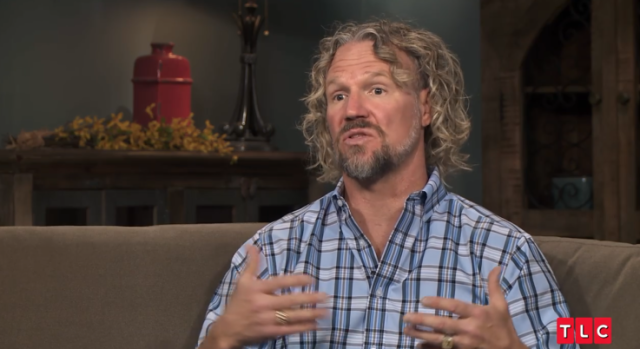 If you’ve been watching this season of Sister Wives, then you know that much of it has been about Christine Brown’s decision to leave Kody.

You would also know that Kody hasn’t been exactly graceful in handling the split.

It hasn’t been pretty.

In last week’s episode, we saw Christine get together with Kody, Meri, Janelle, and Robyn to drop the big news that she’d sold her house and would be moving to Utah the next week.

Janelle was the only one who was supportive of her — Robyn did ask if Christine planned on remaining close to the adults in the family, but Christine told her she needed space for a while.

Meri wasn’t feeling much sympathy for her former sister wife at all, and Kody … well, he did a lot of the screaming and crying we talked about earlier.

Throughout this entire season, he’s been slamming Christine, playing the victim, and pretending like he has no real idea why she’d be upset enough to want to leave him.

But in a sneak peek for this week’s episode, we finally see him be a little honest.

And honestly, it’s just as rough to watch as any other footage of him.

In the scene, we see Robyn and Kody sit down with Mykelti, Christine’s daughter, her husband Tony, and their baby girl, Avalon.

We know that Mykelti has always been close to Robyn, even living with her a bit at one point, and before the scene even begins we see Christine speaking to the camera, acknowledging that Mykelti has still been supportive of Robyn throughout all of this.

During the little family get-together, Robyn tells Mykelti “With everything going on with your mom and stuff like that, I just appreciate you coming.”

“I just want to make sure that no matter what’s happening there, we’re good,” she says, getting emotional.

“It’s not based on outside sources,” Mykelti assures her.

Kody, physically incapable of allowing a nice moment to happen in his presence, interjects with “It feels like everything’s affected my relationship with everybody though.”

Mykelti gives a subtle eyeroll, and then we’re treated to a conversation between Kody and TLC cameras.

“When it comes to raising kids and dealing with things like this,” he says, “I’m almost always ‘bad cop.’ So my relationship, I feel like, is somewhat strained with a lot of my kids.”

Yeah, we’re sure that’s the reason why so many of those relationships are strained, bud.

Mykelti stumbles for a bit, and Kody specifically asks her if Christine had been talking about leaving before she told him.

Back in the confessional, Kody shows a rare moment of clarity, saying “I know that I can’t sh-t talk Christine to my kids, I don’t want to sh-t talk her at all even though that’s my natural urge, is to do that, I have to control that because that’s not fair.”

“I’m catching myself in this moment here where I’m saying ‘Well, how long have you guys known?’, and that’s a blame game that I’m playing and I feel ashamed that I’m doing that.”

“But in my broken-hearted state,” he continues, “the anger is just flowing here. And nobody likes me.”

Well, we’re glad he was the one who said it.

His behavior this whole season — and really for the entire series, but that’s a conversation for another day — has just been horrific.

His anger has been uncomfortable to watch just on television, we can’t imagine what it must have been like to deal with it in person.

So yeah, of course no one likes him.

We really don’t want to get our hopes up here, but could there be a chance that this is a sign that he’s actually starting to become aware of how badly he’s been behaving?

Could he actually start making an effort to be a better, more understand person?

Royals in Mourning: What’s Next for Family After Queen’s Death