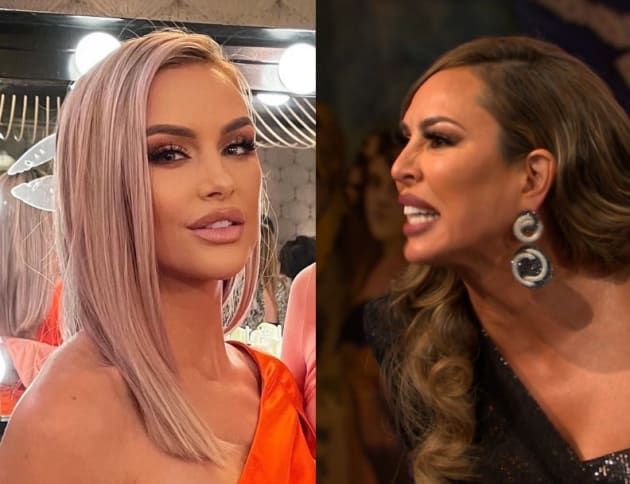 Last month, it was finally announced that Bravo fired Kelly Dodd. It was welcome news.


With Housewives fans breathing a collective sigh of relief, it looks like she’s not getting as much of the negative attention that she craves.


So for reasons that remain elusive, she decided to pick a fight with Lala Kent, publicly insulting her.


Lala responded in kind, inviting Kelly to kindly STFU because no one takes her seriously.


“I get [Heather McDonald]’s smart went to USC ..” Kelly Dodd wrote on Instagram.


She then wrote: “Why [Lala Kent] she’s an idiot beyond the pale …”


Each time, she tagged the woman two whom she was referring.


She declared that “it is the biggest compliment that you think I’m an idiot.”


Lala curtly concluded: “Thank you so much, babe.”


The screenshot of the exchange was captured and shared by Bravo and Cocktails on Instagram.


It’s funny, because if Kelly hadn’t been looking for a fight, she probably could have avoided one.


Instead, she actively tagged Lala in the same line as she insulted her.


Of course, it’s unclear why Kelly was trying to pick a fight.


The only thing that’s really obvious is that Kelly started the fight, and Lala ended it.


Last year, after weeks of historic Black Lives Matter protests — the largest in history — Kelly for some reason posted this image.


She didn’t just receive the hat, she tried it on, took a photo, and shared it.


Given her extensive defensive statements, one would think that a bird dropped the hat on her head and an opportunistic paparazzo snappec the pic.


“The ‘Drunk Wives Matter’ hat was given to me. My girlfriend gave it to me,” Kelly insisted last year.


“She’s had it for a couple of years. That hat was two years old. She thought it was a play on words,” she added.


None of those are excuses or even much of an explanation, really.


Kelly went on to, at the Reunion, try to insist that it was okay.


In fact, she went so far as to say that she knew that it wasn’t bad because her “Black friends” said that it was.


The grimacing and eye-rolling that this line induced really speaks for itself.


“I have Black friends” and variations thereof … these are classic defenses for racism that don’t hold any water.


The fact of the matter is that, if this had been an isolated lapse in judgment, it probably would have been okay.


Not great, but people would have understood that Kelly made a human mistake.


Instead, Kelly spent so much time and energy in 2020 making certain that the world saw her as a horrible person.


Not a reality TV villain, not a dumb person who makes mistakes — a malicious person.


In addition to calling the courageous BLM protests “terrorism in America,” Kelly obsessed over the COVID-19 pandemic in the worst way.


She mocked the death toll, made cruelly absurd comparisons between this deadly virus and the flu.


All along, Kelly would mock backlash against her, trying to taunt fans and boycotters.


Season 15 had some of the most dismal ratings in RHOC history, and one cannot ignore that there was an active boycott due to Kelly.


She mocked her detractors just as she had seemingly mocked the sick, dying, and grieving.


Of course, Kelly was fired. She has since gone on to insist that this is some sort of polical persecution.


In reality, Kelly is far from the only conservative Housewife.


Her problem is that she will never accept responsibility … and is now reduced to picking fights with Lala Kent for attention.