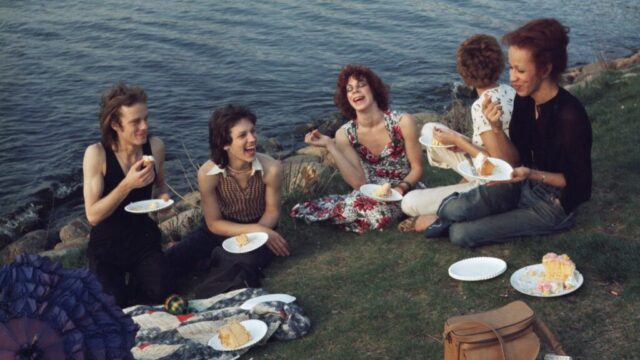 “All the Beauty and the Bloodshed” has yet to make its world premiere at Venice Film Festival or its subsequent outings at Toronto and New York Film Festivals, but it’s already been picked up for distribution. Neon will release Laura Poitras’ latest documentary in North American theaters this fall, a press release announced. A digital release will follow.

Screening in Competition at Venice (August 31-September 10), in the TIFF Docs section at Toronto (September 8-18), and as the Centerpiece film at NYFF (September 30-October 16), “All the Beauty and the Bloodshed” is a portrait of artist and activist Nan Goldin. The doc utilizes Goldin’s slideshows and photography as well as interviews and footage of her fight to hold the Sackler family accountable for their role in the opioid epidemic.

According to the source, the Participant title “interweaves Goldin’s past and present, the deeply personal and urgently political, from P.A.I.N.’s actions at renowned art institutions to Goldin’s photography of her friends and peers through her epic ‘The Ballad of Sexual Dependency’ and her legendary 1989, NEA-censored AIDS exhibition ‘Witnesses: Against Our Vanishing.’”

The doc’s theatrical release will be timed to coincide with a new international retrospective of Goldin’s work, “This Will Not End Well.” The exhibit will open at at Moderna Museet, Stockholm, in October before making the rounds at Stedelijk Museum in Amsterdam (August 31, 2023-January 28, 2024), Neue Nationalgalerie in Berlin (October 2024-March 2025), and Pirelli HangarBicocca in Milan (March-July 2025).

Goldin is designing the poster for NYFF 2022.

“Nan’s art and vision has inspired my work for years, and has influenced generations of filmmakers,” Poitras said. “When we began working together, it was essential to us that the film see a theatrical release. There are no better partners than Neon and Participant and I am honored to collaborate with them on this film.”

Poitras won an Oscar for “Citizenfour,” her doc about Edward Snowden. Her directing credits also include “Risk,” “The Oath,” and “My Country, My Country.”