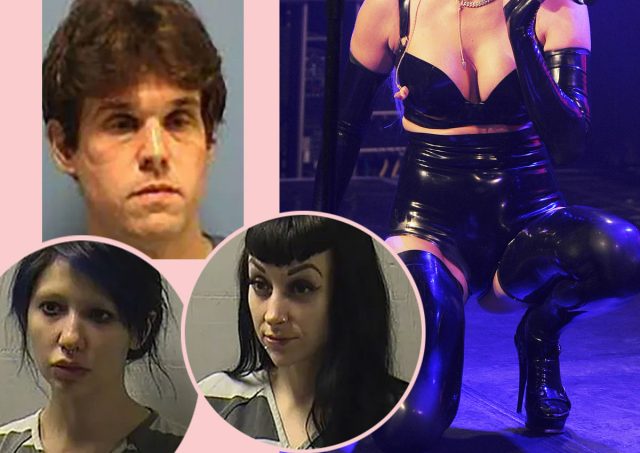 Finally a (happy?) ending to probably one of the wildest cases we’ve ever heard!

Whew, talk about a Sunday servicing!

Now, two years later we finally have a conclusion to this crazy story. According to TMZ on Tuesday, Rev. Clark entered a guilty plea to a felony county of obscenity — in turn he got a suspended three year sentence, three years supervised probation, and a $1,000 fine.

According to Fox 8, the accused’s attorney Michael Kennedy said his client already paid $8,000 in restitution to the Archdiocese of New Orleans — but only after the tainted altar was burned at the request of Archbishop Gregory Aymond.

Yeah, we can’t imagine that altar was very holy anymore. Hopefully they took a blacklight to the entire building just to be sure…

Melissa and Mindy were convicted after pleading guilty to institutional vandalism and a misdemeanor which landed them two years probation — but as far as what Kennedy says about the priest in question there’s not gonna be a rerun of this situation anytime soon:

“I believe my client is far less likely to find himself in a similar situation ever again. Wherever life takes Mr. Clark from here, I hope it finds him well and able to put this fully behind him.”

Put it fully behind him? Sounds like it started in front of him — and maybe behind him too. But hey, we’re sure he’ll turn the light off if there’s a next time!

And so ends the story that’s been silently resting in the back of our minds for the past 2 years. Time for a cigarette (or maybe some incense, in this case)!