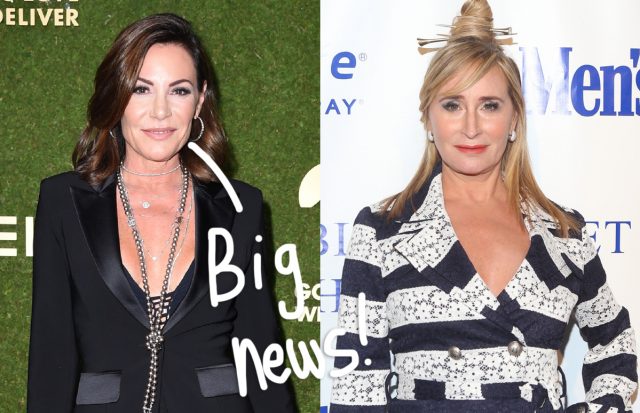 While The Real Housewives of New York City has been on pause, viewers will be seeing two fan favorites on their screens soon. Who, you may ask? None other than Luann de Lesseps and Sonja Morgan! However, it is going to be for a different show! According to an announcement from Bravo on Saturday, the longtime castmates are getting their own series called Luann and Sonja: Welcome to Crappie Lake. What’s it about? Well, the network says the show will follow Luann and Sonja as they say goodbye to the Big Apple and travel to the small town of Benton, Illinois, to breathe new life into their surroundings. As a press release for the shows states, per Entertainment Tonight:

“Totally unbeknownst to the Benton locals, the town council surprises everyone by inviting ‘Real Housewives’ superstars Luann and Sonja to help spruce up their small town, which has a population just shy of 7,000. It’s a fish-out-of-water experience for everyone involved, especially when the two Manhattanites check in to the local motel.”

Related: Why Fans Are Calling BravoCon 2022 ‘The New Fyre Festival’

“At the request of the mayor, they take on tasks to boost morale and galvanize the town with new spirit. From building a new playground to revitalizing the local theater with a full-on variety show, Luann and Sonja have their work cut out for them as they embrace their new temporary home. Whether searching for the town’s famous crappie fish in the lake with their bare hands or going mudding with monster trucks, one thing is for certain – with Luann and Sonja in charge and out of their element, hijinks and hilarity are sure to follow.”

It sounds inneresting — but it also seems like the show is very similar to the Simple Life!

The news comes after Andy Cohen announced in March that they are recasting RHONY and creating a new “legacy” show. It was a major shakeup for the franchise, leaving many of the current cast members fates up in the air right now. Unfortunately, there is no updates on who has been cast for either shows right now. But the good news is fans won’t have to wait too long for the Luann and Sonja’s spinoff series as it will premiere in 2023!

Reactions, Perezcious readers? Do you think you’ll be tuning into the new series, or will you pass on it? Sound OFF with your thoughts in the comments below.