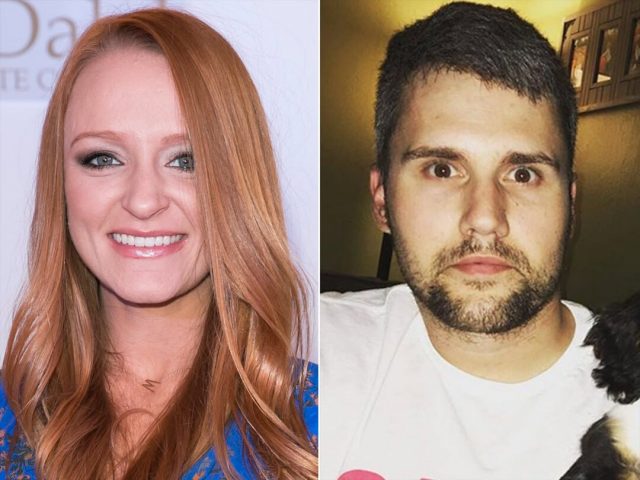 There was a time when Maci Bookout’s contentious co-parenting relationship with Ryan Edwards provided much of the drama on Teen Mom OG.

Long after Maci and Ryan went their separate ways romantically, the exes continued to clash, with their son Bentley frequently caught in the middle.

But that all came to an end when Maci got Ryan fired from the show back in March of 2021.

Not only did Maci convince MTV to kick Ryan to the curb, she got his whole family fired, as well.

And just like that, the travails of Ryan, his wife Mackenzie, and his beloved parents Jen and Larry were completely scrubbed from the airwaves.

These days, Maci is continuing to tell her story on Teen Mom: The Next Chapter — and it seems that she’s made a clean break with the Edwards crew.

In fact, Maci says she hasn’t spoken to Ryan in years — this, despite the fact that the two of them have a 13-year-old son together.

“I think being on TV and doing this show was not the main portion of why our relationship was always so toxic,” Maci said in a recent interview with Page Six.

“But … there was no way to create room or space for us to heal or move on or get over some things because we’re constantly having to talk about each other when we don’t even talk to each other,” she added.

Bookout says that having to entertain a “TV relationship” put a strain on her relationship with Bentley’s dad.

And she claims that everything is better now that she simply has no contact with Ryan at all.

Edwards does not have custody or visitation rights when it comes to Bentley, a fact that’s probably made it much easier for Maci to cut ties completely.

Bentley still sees Ryan when he visits Jen and Larry, but Maci believes Edwards is still barely a presence in his son’s life.

“[Bentley] goes over to their house and will spend a weekend here and there with them,” she says of Jen and Larry.

“Our relationship right now, it’s definitely not what it was before. We’re at a place where we’re genuinely cordial. It’s not fake,” Maci continues, throwing a bit of shade at Ryan by adding:

“Truly not trying to be mean but, in my mind, you actually have to show up and be a parent to co-parent.”

Maci adds that it’s a relief not to be pressured to talk about Ryan on camera anymore, as she often felt that she was misrepresenting her life for the sake of the show.

“We were discussing things that, for me, weren’t a real factor in my everyday life,” Maci says.

“That part was the one, like, ‘Why are we talking about this?’ Because it’s a non-factor every day. I feel like that’s a relief.”

These days, Maci’s storylines mostly focus on her life at home with her husband, Taylor McKinney, and her three children.

And the Teen Mom franchise is better off for it.