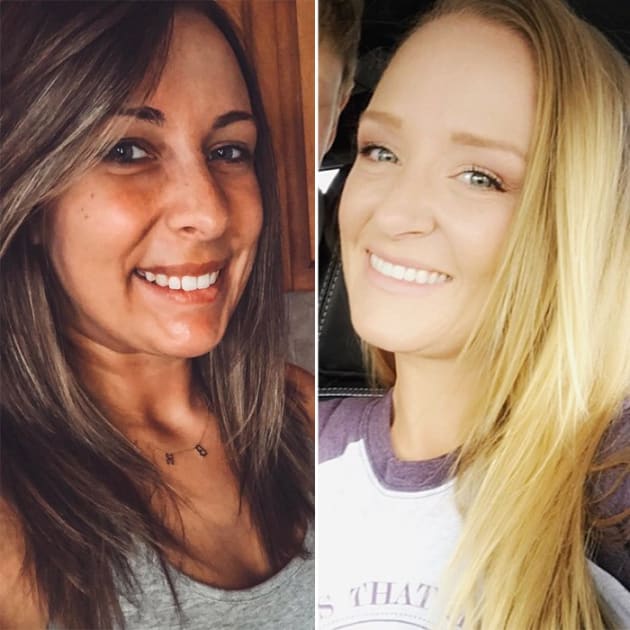 Maci Bookout and Mackenzie Standifer have never exactly been besties.


But the feud between Ryan Edwards’ baby mamas has only intensified in recent months, and it looks like that trend will continue for the foreseeable future!


The latest trouble began when Ryan and Mackenzie got fired from Teen Mom OG at Maci’s behest.


In addition to being out of a job — and a wildly lucrative one, at that — Ryan and Mackenzie felt that they were now being denied the opportunity to tell the world their side of the story.


Of course, getting fired hasn’t silenced Mack and Ryan completely.


in fact, they both gave interviews with UK tabloid The Sun this week, and as you might have guessed, Maci was the number one topic of discussion.


First, the outlet published their conversation with Ryan.


Edwards blamed Maci for most of his recent misfortunes, of course, but he also claimed that MTV fired him because he loves America too much. Seriously.


Now, Mack has been given her turn to take a swing at Maci, and you better believe she made the most of it.


At one point, she even accused Maci of exploiting her eldest son to boost her career.


“I don’t think it’s OK to use stuff that Bentley has got going on emotionally for a dollar,” she told the outlet.


“They’ll use their own children to make a buck,” she added.


Obviously, that’s a very serious allegation, but it’s not without merit.


As the children of the original Teen Moms enter their teens, there’s been a great deal of debate over whether these kids should be forced to live their lives on television because their parents signed a contract before they were born.


Chelsea Houska quit Teen Mom 2 over concerns about her eldest daughter’s privacy, and we expect — and hope — that some of former colleagues will follow suit.


Mackenzie also spoke out about Maci’s claim that Ryan refused to attend therapy with his son.


She claims that Ryan did attend sessions with Bentley — back when he was still allowed to see the boy — but the footage from the initial conversations was manipulated to make him look like the bad guy.


“We didn’t want to film about the therapy thing [because] that’s something that should be private, hence the pushback,” she adds.


Mackenzie later clarified her comments, claiming that she meant to convey that exploiting children for profit is part of the Teen Mom business model, and not that Maci in particular is profiting from her kids.


She now says that she “meant” is that MTV “uses everyone’s very real emotional distress as a way for them to make a buck.”


While there’s certainly some truth to that comment, it could also be used to describe just about any outlet that profits from reality TV.


Ryan and Mackenzie knew the deal when they signed their most recent contacts, but now that the money is no longer rolling in, they’re suddenly moralists!

Bob Odenkirk Shares Another Health Update After Suffering A Heart Attack: ‘I Am Doing...

Horrified Mother Shares Video Of Daughter Looking ‘Possessed’ After Her Drink Was Spiked At...