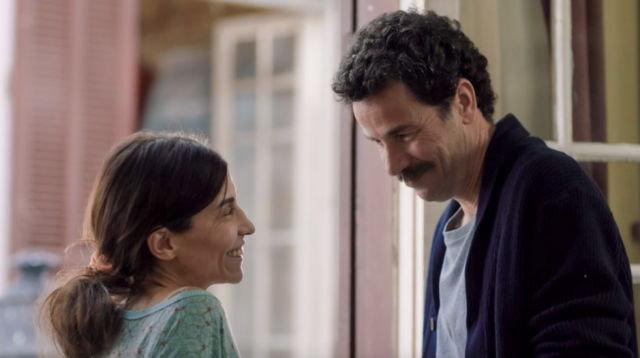 We’re still more than a week out from Cannes 2022 but its films are already being picked up for distribution. Among them are Maryam Touzani’s sophomore feature, “The Blue Caftan.” Per Variety, Films Boutique has acquired the drama about the married owners of a traditional caftan store, and the apprentice they hire.

The film is set to screen in Cannes’ Un Certain Regard section, as did Touzani’s previous feature, “Adam.” “The Blue Caftan” centers Mina (Lubna Azabal) and Halim (Saleh Bakri), “a married couple running a traditional caftan store in one of Morocco’s oldest medinas. In order to keep up with the demand, they hire Youssef (Ayoub Messioui), a talented apprentice whom Halim takes under his wing and starts teaching the art of embroidery and tailoring,” the source teases. “Slowly, Mina realizes how much her husband is moved by the presence of the young man.”

“Adam,” the story of a baker whose life is changed upon meeting a young pregnant woman, was nominated for Cannes’ Queer Palm and nabbed two Lumiere Award nominations. Touzani received Chicago Film Fest’s Roger Ebert Award for the pic. Her other directing credits include shorts “Aya Goes to the Beach” and “Quand ils dorment,” and she co-wrote and starred in the feature “Razzia.”

Films Boutique will also host the market premiere of Clara’s Stern’s feature debut, “Breaking the Ice,” at Cannes. “A vibrant coming-of-age movie set in Vienna, the film tells the story of Mira, a woman in her early 20’s who breaks free from the pressure of running her family’s vineyard and starts playing ice hockey,” Variety describes. “She meets Theresa, a new player who’s just joined the hockey team and challenges her to think differently about the world.” “Breaking the Ice” is set to make its world premiere at Tribeca in June.

‘How Could You Not Have Warned Us?’: Dakota Johnson’s Famous Family Was Horrified By...