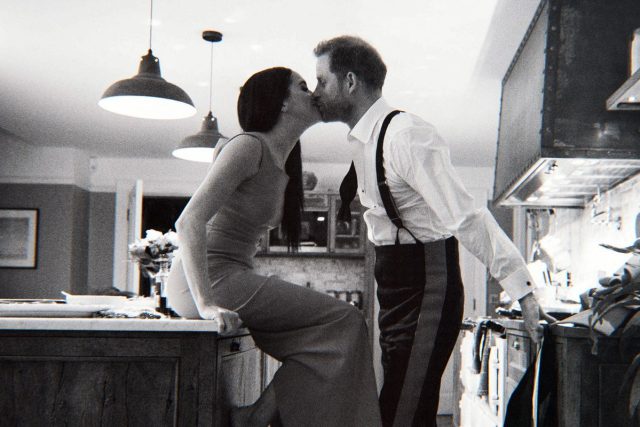 As you almost definitely know by now, Meghan Markle and Prince Harry have come out with a multi-part documentary on Netflix.

Thus far, we’ve learned how the world famous couple met and how Markle managed to avoid almost any instance of racism… until she married into the Royal Family.

With the Internet buzzing over the series and all Meghan and Harry have revealed in it, the parents of two find themselves at the center of an unexpected controversy.

And it’s one they’re hoping to end with one simple statement and reminder.

A bunch of haters out there have taken the spouses to task for producing this documentary and for sharing their lives with the world, lashing out at Harry and Meghan for — in their view — acting like hypocrites.

Didn’t they leave the Royal Family in 2020, these critics have been asking all week, because they wanted more privacy?

Because they were sick of the spotlight?

No, actually. The answer to these question is a resounding NO.

“Duke and Duchess have never cited privacy as the reason for stepping back,” a statement from the couple’s office read on Friday.

This distorted narrative was intended to trap the couple into silence.

“In fact, their statement announcing their decision to step back mentions nothing of privacy and reiterates their desire to continue their roles and public duties.

“Any suggestion otherwise speaks to a key point of this series.”

Harry and Meghan — who are parents to son Archie Harrison, 3, and daughter Lilibet “Lili” Diana, 18 months — announced plans to step away from their duties as senior royals in January 2020.

“After many months of reflection and internal discussions, we have chosen to make a transition this year in starting to carve out a progressive new role within this institution,” the Sussexes said in a statement on Instagram.

“We intend to step back as ‘senior’ members of the Royal Family and work to become financially independent, while continuing to fully support Her Majesty The Queen.

“It is with your encouragement, particularly over the last few years, that we feel prepared to make this adjustment.”

In an interview with Oprah Winfrey in March 2021, Prince Harry said he feared for his wife’s life due to all the negative press around her for years… combined with the way she was so often backstabbed by members of his own family.

Markle, for her part, detailed the dark mental space she fell into as a result of both the aforementioned factors.

THIS is why the couple had to leave.

The late Queen issued a statement after Meghan and Harry left, giving the couple her blessings.

“My family and I are entirely supportive of Harry and Meghan’s desire to create a new life as a young family,” she said at the time, adding:

“Although we would have preferred them to remain full-time working Members of the Royal Family, we respect and understand their wish to live a more independent life as a family while remaining a valued part of my family.”

To conclude the statement about the Prince and his bride on Friday, the pair’s office wrote:

They are choosing to share their story, on their terms, and yet the tabloid media has created an entirely untrue narrative that permeates press coverage and public opinion.

The facts are right in front of them.

Under the Radar: Jacqueline Priego Speaks the Truth with “PinkSlipped”