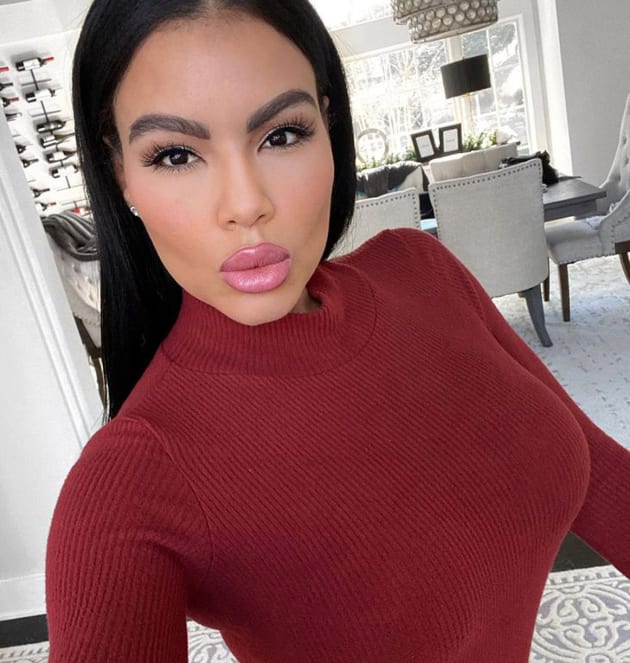 Mia Thornton is opening up about something very personal and painful.


The Real Housewives of Potomac star revealed late on Friday that she’s been diagnosed with cancer, writing an emotional post on Instagram that opened with an explanation of how she received the challenging news.


“Same time last week, Doc called at 7:31am — Mia I’m so sorry but your test results came back and I need you to go to Johns Hopkins Cancer Center today,” Thornton began her message.


“You can only imagine the overwhelming amount of emotion [husband Gordon Thornton] and I endured trying to figure out why.


“However, even with such terrible news, I felt an extreme amount of peace and energy instilled that allowed me to remain strong.”


Thornton did not divulge any further details. We don’t know what type of cancer she has.


“I’ve been in and out of visits to specialists every day and the storm is not over but this experience is changing me,” Mia continued.


“I know God has a plan and I know we are often challenged to remain humbled that tomorrow is not promised and that our days on this earth are numbered.”


“A message from my heart. A gentle reminder to Live, Love & Forgive as if today was your last. Be great Kings & Queens.”


Mia’s fellow Real Housewives were quick to send their well wishes and prayers, including Robyn Dixon.


“Keeping you in my thoughts and prayers,” she wrote. “Stay strong mama.”


The Real Housewives of Atlanta star Shereé Whitfield also chimed in with “Keeping you in my prayers!!”


Elsewhere, Drew Sidora added that she was sending “prayers and healing.”


Thornton, who joined the Real Housewives of Potomac cast in the show’s recent sixth season, isn’t the first Housewife to share her cancer diagnosis.


About four years ago, meanwhile, Camille Grammer said she had been diagnosed with endometrial cancer in 2013 and squamous cell carcinoma in 2017.


Then, this past November, Vicki Gunvalson revealed on Jeff Lewis’ SiriusXM show, Jeff Lewis Live, that she had also faced the disease… having to undergo a hysterectomy to remove her uterus.


We send our very best wishes to Mia Thornton for a full recovery.

Zendaya Responds To Viral Pregnancy Rumors: ‘This Is Why I Stay Off Twitter’