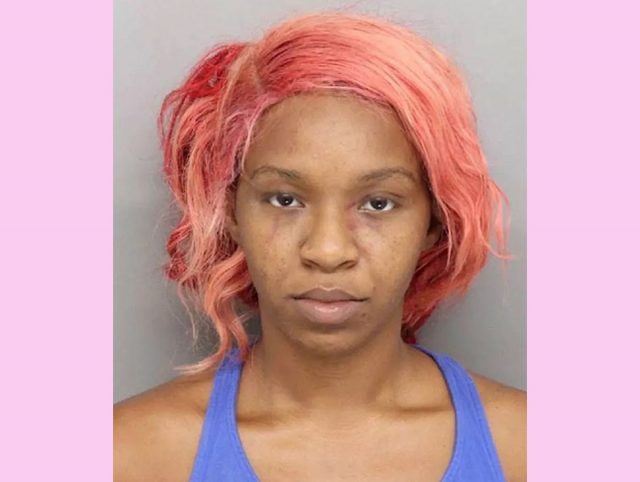 A mother from Ohio has been indicted after two of her children tragically passed away while co-sleeping.

In case you’re unfamiliar, co-sleeping is when parents and their children sleep in the same bed or on a chair/couch with one another for various reasons. The American Academy of Pediatrics advises against the practice, but it’s still considered to be a personal decision among families. Brook Hunter (pictured above) of Cincinnati decided co-sleeping would be right for her and her children.

Sadly, according to Hamilton County Prosecutor’s Office via WCPO-9, Brook’s 6-week-old baby passed away in June for reasons related to co-sleeping. It’s not detailed what exactly happened to the infant, but the official date of death was reported as being June 22.

And in only more tragic news, it’s not Hunter’s first child to pass away. According to Amy Clausing with the Hamilton County Prosecutor’s Office, sometime last year the mother lost another child, also allegedly due to co-sleeping.

Just heartbreaking, we can’t imagine what the poor mom is going through…

Amy says Brook was “warned about the dangers of co-sleeping” and because this is her second child to apparently die from this practice, the grand jury has decided to indict her. They’re charging the grieving mother with involuntary manslaughter and child endangerment. In a statement to CBS News, the prosecutor’s office said the death of the 6-week-old baby has been ruled as a homicide:

“Because of the prior incident, the Hamilton County Coroner’s Office ruled the second child’s death a homicide.”

Per WCPO-9, a warrant was issued for Hunter’s arrest on Wednesday and remains active. The Hamilton County Sheriff’s Office released a photo of her from last year when her first child passed with hopes someone can offer them a lead as to where the woman is.

Such a tragic situation for all involved. We can’t imagine the pain and guilt she must feel over the accidents, as potentially preventable as they may have been — and now she’s got some legal troubles as well.

May her babies rest in peace.