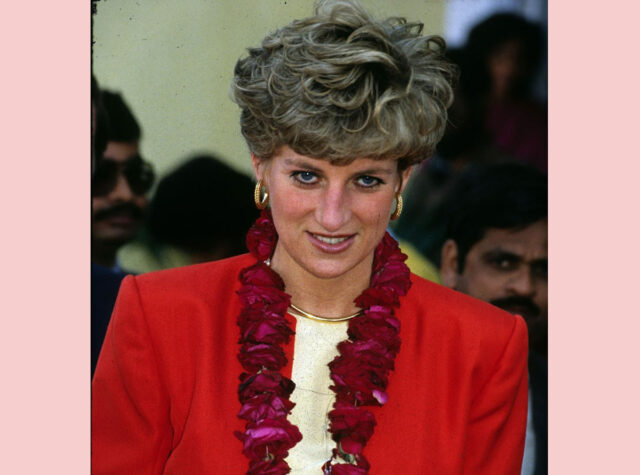 Two years before Princess Diana’s death, she predicted exactly how she would die.

In a clip from the new Discovery+ docuseries The Diana Investigations, obtained by The Daily Beast on Wednesday, Diana’s chilling revelation is discussed at length. Investigators break down exactly how Diana claimed to know how she was going to die — and why that information stayed a secret for so long!

According to experts, in October 1995, Diana requested a private meeting with her legal advisor, Victor Mishcon, allegedly because she needed to “tell him about something that was on her mind.” During the meeting, Mishcon took a detailed record of the conversation — a document now known as the “Mishcon Note” — writing exactly what the Princess had to say about her final days.

William and Harry’s mother allegedly told Mishcon that “reliable sources” (whom she would not name) had told her “that a car accident might be staged” — and she predicted she would “either end up dead or be seriously injured.” Oh my…

Sadly, this very situation occurred in August 1997 when Diana, her partner Dodi Al-Fayed, and driver Henri Paul all died after Henri crashed their Mercedes into a pillar going 65 mph in the Pont de l’Alma tunnel in Paris. While the driver was under the influence of alcohol and prescription drugs at the time, he was also trying to avoid the paparazzi who were following them on motorcycles.

According to experts interviewed for the documentary, Victor immediately gave the “Mishcon Note” to London’s Metropolitan Police commissioner at the time, Paul Condon. But, shockingly, the note was locked in a safe and wasn’t revealed until the British Metropolitan Police launched an inquiry into Diana’s death on January 6, 2004! The investigation was headed by then-Metropolitan Police Commissioner John Stevens and was promptly named Operation Paget. Its findings were revealed in December 2006, and the investigation resulted in 832 pages worth of information — including the infamous “Mishcon Note.”

Michael Mansfield, an attorney who represented Mohamed Al-Fayed, the father of Dodi, said in the docuseries:

“The most important thing about that report, and the wait-a-minute moment, light shining through the darkness suddenly, was the Mishcon Note. The note had been put in a safe at the New Scotland Yard.”

It is pretty crazy to think Diana predicted her death — and then that info went unnoticed for YEARS!

Stevens told the Daily Beast that after the fatal car crash Victor handed the note to Paul Condon — but the next commissioner wasn’t made aware of it until much later:

“The letter was given by Lord Mishcon to my predecessor, Paul Condon, and he put it in his safe. I was only made aware of that when I was made commissioner myself… and I had been made aware that Lord Mishcon had said he hadn’t actually attached much importance to it. However, when the coroner announced his inquest, I made sure that letter was immediately given to the royal coroner, who at that time was Michael Burgess and then subsequently became Lord Justice Scott Baker.”

Interestingly, John also revealed he spoke to Victor several times to investigate the credibility of the note:

“The Mishcon letter, we followed that up. I interviewed Lord Mishcon on three occasions and took further statements on that letter, because it’s something that caused me great concern. I saw Lord Mishcon about a month before he died, in about the spring of 2005, and he held course to the fact that he thought she was paranoid, and he hadn’t held much credence to it. He was her solicitor, and remember, a solicitor has legal obligations to their clients. He was kind enough to make no mistake about it.”

Wow. If only someone had taken the claims seriously…

This note echoed similar sentiments to a second letter allegedly written by the late princess in October 1996, two months after she divorced Prince Charles. In that shocking letter (which was found by her butler, Paul Burrell, and published in his 2003 book, A Royal Duty) she allegedly thought her husband was “planning” a car accident, she wrote:

“I am sitting here at my desk today in October longing for someone to hug me and encourage me to keep strong and hold my head high. This particular phase in my life is the most dangerous — my husband is planning ‘an accident’ in my car, brake failure and serious head injury in order to make the path clear for him to marry Tiggy [Legge-Bourke].”

Tiggy was Prince Charles’ personal assistant. Last year, the BBC was ordered to pay her damages when it was revealed that its journalist, Martin Bashir, had planted the idea of the Charles-Tiggy affair in Diana’s head using fake documentation of an abortion, according to the Daily Beast. Geez.

In The Diana Investigations, the butler reflected on the “tricky” time in Diana’s life when she allegedly wrote the note, saying:

“When she brought me that note, the princess was going through a very tricky part of her life, and so she wasn’t stable and her feelings were erratic.”

Yet another person who doubted her fears for the future.

In 2003, Mishcon claimed he did not know the second note existed until it was made public. Stevens’ inquiry into the Diana’s death also concluded “with 100 percent certainty” that there was no conspiracy to murder the 36-year-old despite her claims. But a lot more investigation is to be done in the full docuseries out today. Check out the trailer (below)!

You can also see the Mishcon Note clip HERE. Reactions??

Britney Spears’ Son Jayden Says Strained Relationship Can Be Fixed: I 100% Want to...