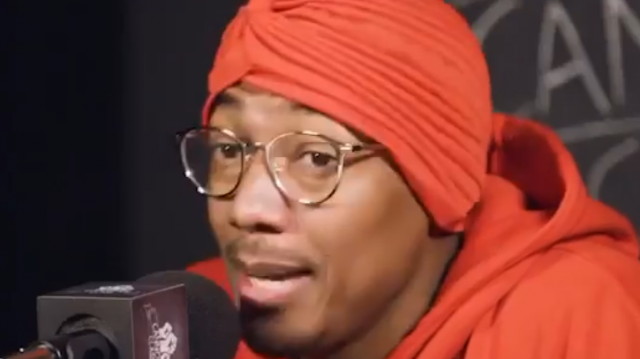 Long before Nick Cannon was expecting Baby #10, he was a running joke. And not the flattering kind.

None of us are shaming the entertainer for living his best life. But a lot of people feel concern about how his serial impregnations impact his partners and children.

Others just think that it’s kind of funny.

Some of the women closest to Cannon are cracking jokes about his junk working overtime.

“One thing about Nick,” she told The New York Post. “He doesn’t vacation.”

Justina continued jokingly: “And neither does his junk.”

She was responding to a question about whether Cannon would need to open a daycare center purely for his own offspring.

While his progeny range in ages from tweens to not-yet-born, he could admittedly fill a preschool classroom.

Spreading his baby batter around like a party favor is not a new habit, though he does seem to have doubled down recently.

Just last week, Cannon revealed that he and Brittany Bell are expecting yet another child together.

Yes, those are their actual human names.

Justina did not stop there, but continued with the puns.

“He’s a hard-working man, across the board,” she quipped.

That was certainly a pun. An easy one, but we can appreciate it.

She is not the first woman in Cannon’s orbit to have a laugh over his compulsive seed-sowing.

She is also pregnant with his baby. Yes, that is their third child together.

De La Rosa joked earlier this year that Cannon’s offspring are “Gen C” and will soon take over for the Kardashians.

Unfortunately, we can imagine the reality TV potential behind that kind of premise.

That said, it’s unclear if networks would go for it if it’s not all of the Cannonlings. Would Mariah Carey let her kids go for it?

There have also been jokes about birthrates.

Namely, American Millennials are having fewer children, primarily due to extreme economic hardships and the general state of the world.

There’s a “spiders georg” joke in there about Nick Cannon being an outlier who is inappropriately raising the statistical average.

Of course, Nick isn’t always in on the jokes.

While Cannon chimed in that he was also doing this, some speculated that Musk was referring to white birthrates. Gross!

Trailer Watch: American Black Film Festival Winner “A Woman on the Outside”

Roommates Of University Of Idaho Murder Victims Speak Out For The First Time Since...